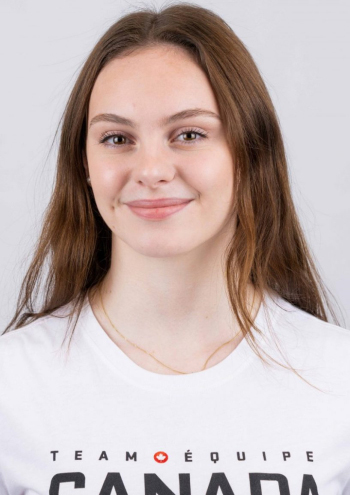 Armstrong, 20, grew up in the East Toronto area and attended Blantyre Public School and Malvern Collegiate.

In Tokyo, she will be competing in the team artistic swimming technical and free events.

Artistic swimming, which used to be called synchronized swimming, has been an Olympic sport since 1984. Canada has been one of the top nations in the sport, having won eight Olympic medals, including three gold, four silver and one bronze. However, Canada’s last Olympic medal in the sport was a bronze at the 2000 Games in Sydney.

Armstrong was a member of the Canadian women’s artistic swimming team that won gold at the 2019 Pan Am Games in Lima, Peru.

Competing in the sport at an international level since 2013, Armstrong began her career with the Variety Village Artistic Swimming Club in southwest Scarborough.

“As a tribute to where it all started, Emily always wears a Variety Village swim cap under her Team Canada cap when warming up at competitions,” said her brother Tyler in a note to Beach Metro News. “She will keep this tradition alive at Tokyo.”

Armstrong joined the Canadian women’s team in 2018, and has competed in numerous international events since then including the 2019 World Aquatics Championships. At that competition, Canada finished fourth in the Team Highlight routine, and seventh in Team Technical and Team Free events.

The Canadian team also won bronze in the technical and free events at the 2019 World Series Super Final.