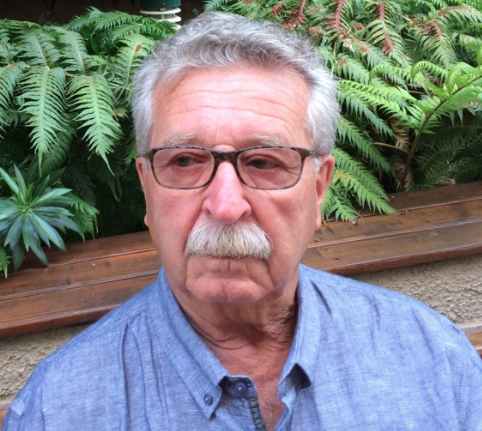 Luis Fornazzari is a behavioural neurologist (neuropsychiatry). He is a consultant at the Memory Disorder Clinic, and the Geriatric Mental Health Outpatient Program at St Michael’s Hospital. He is a member of the Division of Neurology, the Department of Psychiatry and the Faculty of Music at the University of Toronto. Photo: Submitted.

Editor’s Note: This guest column has been written in response to the In My Opinion column by editor Alan Shackleton which appeared in the May 4 edition of Beach Metro News.

As a behavioural neurologist with a unique interest in neuro-geriatric care, for the last 20 years I have visited on a weekly basis several senior’s residences and Long Term Care (LTC) facilities in Toronto.

These facilities are varied; 10 are in the GTA and others extend from east to west. They include non-profit, for profit, municipally owned, ethno-culturally administrated, some only English speaking, while others include languages representing the many groups in Ontario. The facilities range from serving the poorest to the wealthiest groups of seniors in this most multicultural city.

Previously, in 2007, I was visiting these facilities by myself as a solo navigator. Now, I have the privilege to be part of a multidisciplinary team that belongs to a University of Toronto Teaching Hospital. The team include psychiatrists, nurses, occupational therapists, respiratory therapists, and psychologists, in addition to their respective students representing these disciplines.

Our work has been done under many political leaderships, and we can safely and proudly say that we have navigated under most partisan flags. Unfortunately I have not seen interest in any of them of changing the care of the elderly.

Moreover, due to the COVID-19 pandemic that began last year we are currently conducting our weekly rounds virtually. As always, after a day in LTC we go back to our world-class academic Teaching Hospitals, where we practice for the rest of the week.

The well-deserved and recognized prestige in Canada and abroad of our Teaching Hospitals is based on many factors, in particular the stringent requirements to be a member of a hospital. I am aware of this professional rigor, based on my experience as a foreign graduate and political refugee from Chile.

The strict requirements of Teaching Hospitals applies to all health care workers and to our most efficient supportive administrative staff. Hundreds of graduates and post-graduates from all over the world come to Canadian hospitals to learn and to exchange their own experience with us.

Therefore, not surprisingly, when reflecting on the work of a particular day at LTC, our team is always inquisitive. We encourage reflection, and agree that we are undergoing some important, yet non-congruent situations in our practice.

There are days in which we work like a “pauper” in LTC, and others days of the week in the hospital as a prince. I must say that it is difficult to find an analogy in our medical literature to represent our sentiments about the disparity of our work in different LTC’s milieus.

But, thanks to our close contact with artists, we arrived at an approximate definition that mirrors what is in our minds. We feel we assess and treat medical, behavioural and psychological issues in LTC residents in a surrealistic world. After pondering for a long time, I was able to really understand how disheartening it is to convey to our LTC’s residents and to their devoted underpaid and compassionate caregivers, the situation they are in.

They are immersed in a system that is not concerned about the wellbeing of the healthcare providers or the elderly individuals under their care.

Not surprisingly, both providers and residents are afflicted by one of the most serious and devastating social illnesses: neglect for at least the last 20 years.

A long time ago, I attempted to share this message of disregard with contacts from my professional organizations, local politicians, different political parties, health critics, representatives from LTC, and even to those hospital’s departments that have peripheral involvement in LTC. Sadly, most of them never responded. The few who did, sent a polite, yet inefficient response without a hint of real compromise or a desire to correct the situation.

Why neglect? For the last 20 years, the Ministry of Health And Long Term Care (MOHLTC) has worked, in my view, in a totally reactive kind of manner, as a mere reflex, responding only to complaints after they are received. After many complaints, the MOHLTC typically becomes slightly more active in their approach, albeit for a short while, until the next set of complaints starts the cycle again.

Rarely, if ever, I have witnessed an active campaign geared at health prevention, education for the residents, or for the healthcare worker), that originated from the MOHLTC.

My impression is that the ministry lacks enforcement of their mandate to commit and guide them in their purpose. This ministry seems to lack the power and knowledge, or perhaps imagination, to ensure that LTC residents and staff are cared for in a humane and compassionate manner.

One ponders the reasons why the standards of performance of two similar autonomous institutions vary so differently. Hospitals are more or less self-governing entities, yet, they are quite efficient. Yet, the MOHLTC, also an autonomous ministry, is inefficient.

To exemplify the ministry’s disinterest on mitigating their shortcomings, we ask, how is it possible that a badly needed recommendation approved more than 30 years ago to have two residents per room, is not yet in effect?

One still finds during weekly rounds at LTC facilities, four or more elderly patients that have medical and cognitive deficits, in a room where they share a single bathroom.

Thus, I would like to make the following suggestions:

• A fundamental change is needed to set up standards for our aging population. This is required to close the already insurmountable gap in delivery services between hospitals and LTC. For example, hospitals are entities developed for curatives purposes, however, they are already providing care to an increasing elderly population. At hospitals, we perform mostly geriatric neurology, geriatric psychiatry, and geriatric orthopaedic, among other services. Often, those patients who are sent to LTC after attending world-class regimen-care in the hospital, are typically discharged with no recommendations, or even a follow-up appointment. The continuing approach to care is not a well-known concept in what is a surrealistic system. Unfortunately, despite the tremendous and magnificent practice of hiring of nurse practitioners, behavioural support leaders and the active incorporation of pharmacists in most LTC teams, the absence of proper services still persist as the hospital and LTC guiding beliefs are wildly apart.

• It is of utmost importance to convince the MOHLTC to honour its duties. The ministry must be part of a comprehensive care for all citizens, from pre-infancy to the oldest, with the same interest, dedication and proactivity seen in hospitals. Likewise, it essential the ministry understands it has failed to provide LTC for our elderly population in the same efficient and ethical manner as other developed countries do. The ministry must implement the recommendations already made in studies conducted by healthcare professionals, colleges and other serious, respectable, and caring organizations. This change in responsibility is to ensure a modern vision for LTC is embraced in light of this pernicious pandemic which has resulted in unnecessary deaths; a challenge that the MOHLTC failed to prevent.

Luis Fornazzari is a behavioural neurologist (neuropsychiatry). He is a consultant at the Memory Disorder Clinic, and the Geriatric Mental Health Outpatient Program at St Michael’s Hospital. He is a member of the Division of Neurology, the Department of Psychiatry and the Faculty of Music at the University of Toronto.