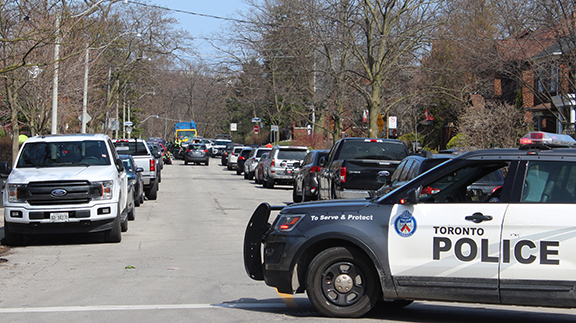 Police are investigating after a boy was struck by a vehicle on Glen Stewart Avenue between Southwood Drive and Winthorpe Road at about 2 p.m. on Tuesday, April 13. The boy's injuries are believed to be serious but not life threatening. Photo by Alan Shackleton.

A seven-year-old boy has been taken to hospital after being struck by a vehicle on Glen Stewart Avenue east of Southwood Drive this afternoon.

The boy had been trapped under the vehicle, which remained at the scene, police said.

A passerby was able to help the boy to the curb, Toronto police said on Twitter.

The boy’s injuries are believed to be serious but not life threatening.