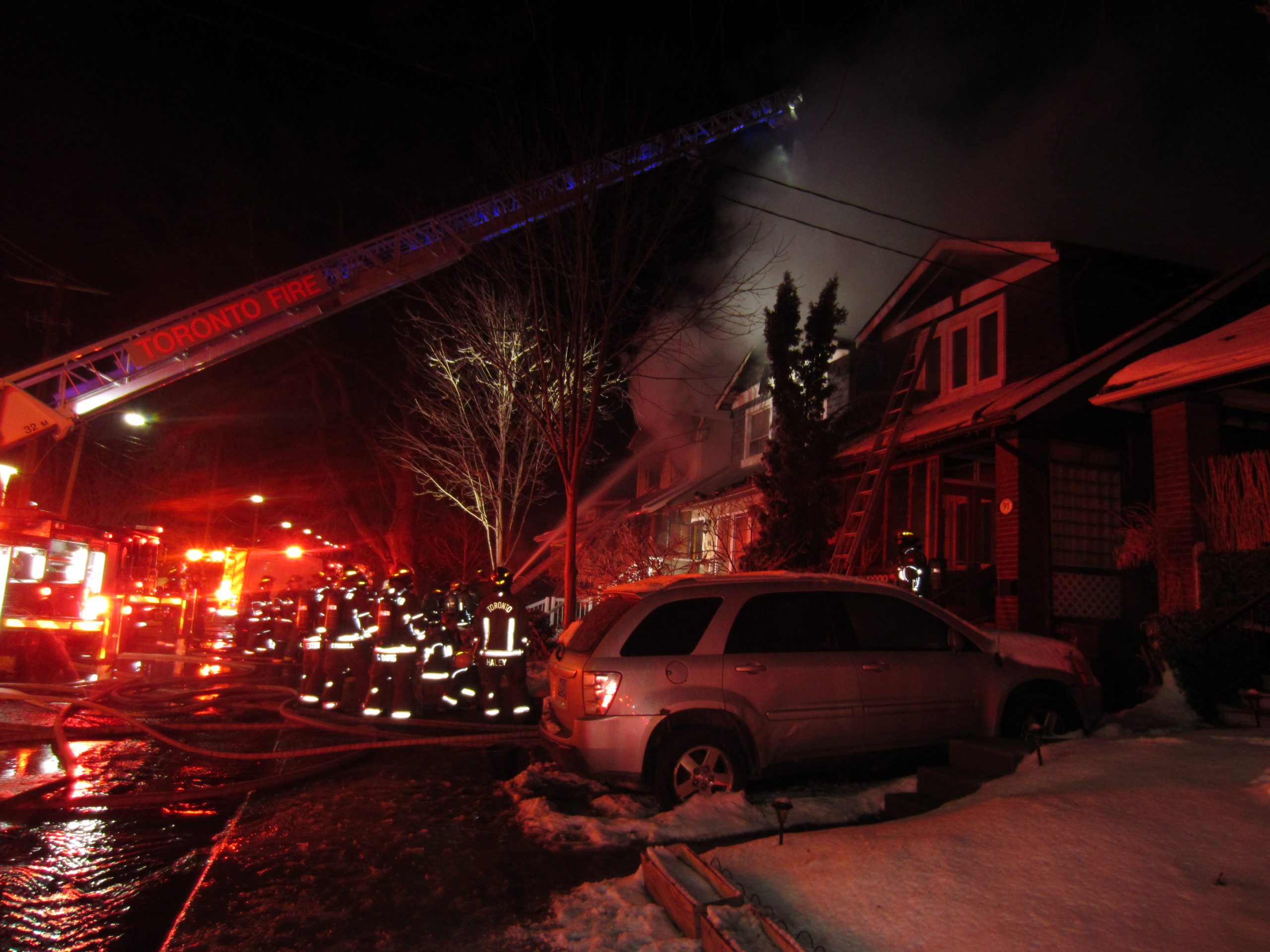 Fire crews deal with a house fire on Gainsborough Road earlier this morning. Four people have died in the fire. Photo by Mark Ireland.

Four people have died after a fire at a house on Gainsborough Road in the Coxwell Avenue and Gerrard Street East area this morning.

Two other people who were in the house are being treated in hospital.

When firefighters arrived, the second floor of the house at 95 Gainsborough Rd. was reported to be fully involved in flames. The house is north of Eastwood Road and south of Gerrard Street East, one block east of Coxwell Avenue.

According to CP24, a firefighter at the scene had to evacuate the building and was treated for injuries.

District Chief Stephan Powell told CP24 that the cold weather and winds were making it a difficult fire to fight.

The three-alarm fire also jumped to another house, and neighbouring homes have been evacuated.

The cause of the fire is unknown and fire crews are still on the scene.

Road closures are still ongoing in the area of Gainsborough, Eastwood Road and Gerrard Street East and are expected to be for much of today.