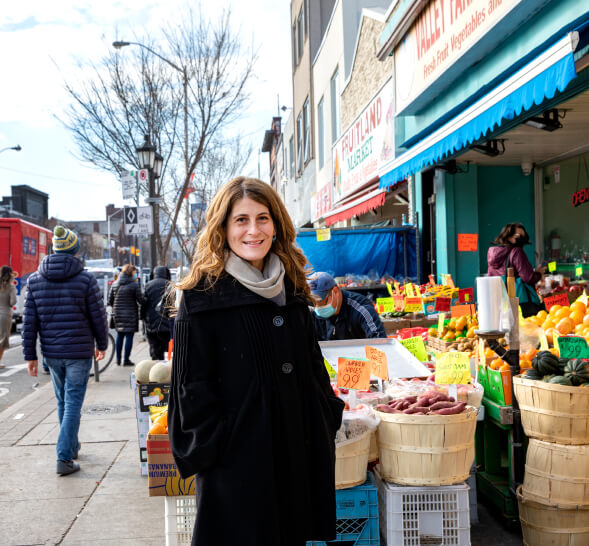 Mary Fragedakis has announced she will be seeking the Ontario Liberal nomination for the riding of Toronto-Danforth. Photo: Submitted.

She announced her candidacy on Jan. 6 with a vow to protect small businesses and local communities, especially following the aftermath of the COVID-19 pandemic.

“Our province needs experienced leaders who understand how to get things done,” Fragedakis said.

“The COVID-19 pandemic has shown us just how important it is to be represented by people who understand the importance of local businesses and local concerns – and I plan to be a voice for my community and those whose lives have been most impacted by the decisions of the Ford government.”

Fragedakis was city councillor for Ward 29 Toronto-Danforth from 2010 to 2018. In 2018, Premier Doug Ford halved the number of wards in the city, forcing her to run against Ward 30 Toronto-Danforth Councillor in the 2018 municipal election. Fletcher won that race for the city’s new Ward 14 Toronto-Danforth.

Since then Fragedakis has served as executive director for the GreekTown on the Danforth BIA.

During her time as councillor, she was an advocate of public transit and served on the board of TTC and helped introduce the two-hour TTC Transfer Policy to ease overcrowding.

She has also served on the boards of the Toronto Public Library, Art Gallery of Ontario, Toronto Zoo, Harbourfront Centre, and the Sony Centre for the Performing Arts, and is a current board member of the Toronto Association of Business Improvement Areas.

“The success of main street small business is fundamentally tied to the well-being and success of the community as a whole,” Fragedakis said.

Fragedakis has a Master of Arts in Political Science from the University of Toronto and completed the Directors Education Program at the Rotman School of Management.

“This riding is ready for change and it needs an MPP who can deliver housing, education, and transit solutions that will strengthen our neighbourhoods and our province, while taking care of our most vulnerable friends and neighbours,” she said.

The Toronto-Danforth provincial riding is currently held by Peter Tabuns of the NDP. He has been the riding MPP since first being elected in 2006.

The next provincial election is expected to be held in June of 2022.