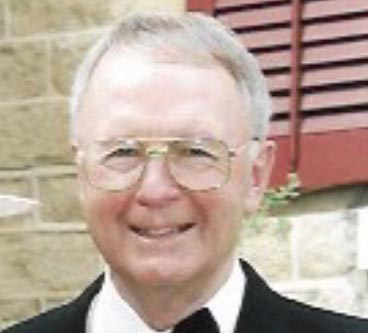 Mike Howarth, who taught Business Management at Seneca College and was a columnist for Beach Metro News, died on Nov. 12 at the age of 82. Photo: Submitted.

Howarth died on Nov. 12, 2020 in a York long-term care home at the age of 82 from complications due to Alzheimer’s.

Howarth attended the University of Toronto for economics. He worked for Dofasco and Ford Motor Company before finding his passion in teaching Business Management at Seneca College.

In addition to being a U of T alumni member, and an active member of the Beach Village BIA, Howarth wrote the Incomer column for Beach Metro News for many years.

In this column he would share his exploits and all of the great things he thought about the Beach from the perspective of a new resident.

Even after he stopped writing the column, he volunteered his time to delivering the papers to local businesses on Queen Street East. He was also a member of the volunteer Board of Directors of Beach Metro News, serving as secretary from 2009 to 2013.

“As his memory began to fail, he took great comfort in reading his Beach Metro columns to help him remember. We are so grateful for that,” his daughter, Kelsey Howarth, said.

He was born in Brantford, Ontario. He moved to the Beach from Oakville in 2004. According to his daughter, he needed to be talked into the move.

“He was not a big fan of this plan but since my mom grew up here, she really encouraged the move. He immediately fell in love with the neighbourhood,” she said.

Howarth was the type of man who would put toys out front in front of his house for children in the neighbourhood to play with. This tradition has continued on in all but the winter months.

A celebration of life will be scheduled after COVID-19 restrictions are lifted.