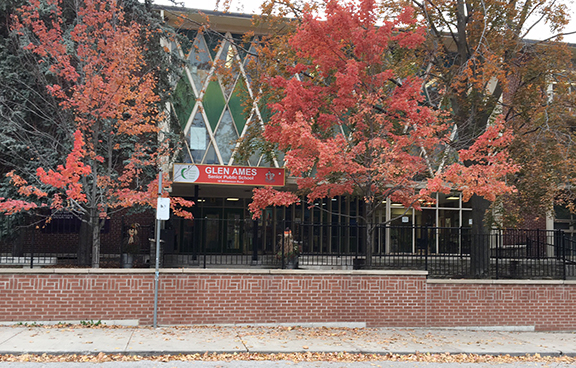 Glen Ames Senior Public School in the Beach sent a letter home to parents on Oct. 26 regarding a pair of anti-Black racist incidents that took place this month off school property. A 20-year-old man has been charged in connection with the incidents.

A man has been charged by police after making anti-Black racist comments at a Glen Ames Senior Public School student before physically assaulting him on Monday, Oct. 26.

It was the second incident involving the unnamed man, with the first occurring on Oct. 14 with a group of students at lunch.

The school sent a letter to parents and guardians then and again on Oct. 26 after police charged the man.

“The incident took place off school property as the student was making his way home from school,” Principal Kristina Wessenger-Macdonald said in the letter.

“Other students and a staff member who witnessed the altercation intervened and provided assistance to the student.”

“It goes without saying that this is very upsetting but thankfully the student was not seriously injured,” she added.

Toronto Police Services were on site to arrest and charge the man, and gave him conditions that he not to be allowed within 100 metres of school property.

Wessenger-Macdonald said the school’s staff will increase vigilance and patrols of the grounds, while a social worker has been arranged to provide support for students upset by the incident.

“We want to emphasize to all our students, staff, and parents the importance of awareness and care even in our everyday routines,” she wrote.

“Our staff regularly review with students the kinds of precautions they can take to safeguard themselves. Students are encouraged to walk with a buddy to and from school and to report any suspicious activity or strangers to a staff member.”

Wessenger-Macdonald encouraged parents and guardians with questions and concerns to contact the school.

The name of the charged man has not been released.

The school letter described him as white, approximately 20 years of age, with a thin build, approximately five-feet, nine-inches in height, with dark brown curly hair.