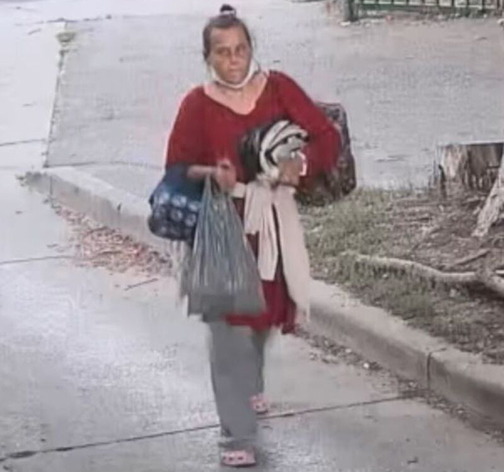 Police are looking for information on the identity of this woman in connection with an arson investigation in the Gerrard Street East and Woodfield Road area.

Police in 55 Division are asking for the public’s help in identifying a woman being sought in connection with an arson investigation.

On Wednesday, Aug. 12, at approximately 6: 45 a.m. police police responded to a call for fire at garage in the Gerrard Street East and Woodfield Road area, between Coxwell and Greendwood avenues.

No one was injured in the fire.

Police have released security camera images of a woman seen leaving the area of the garage fire shortly before police arrived.

She is described as approximately 55-65 years old, with brown hair in a bun. She was wearing a long red shirt, grey pants and pink Crocs shoes. She also had a light coloured shirt tied around her waist and was carrying several bags.