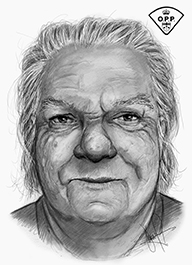 Toronto police have released this composite sketch of a woman who was found deceased in the Gerrard Street East and Don Valley Parkway area on July 17. Police are hoping someone is able to identify her. Inset photos: Images of the clothing the woman was wearing have also been released.

Toronto police are seeking the public’s assistance in identifying a deceased woman who was found near Gerrard Street East and the Don Valley Parkway last month.

According to police, the body of the woman was found on Friday, July 17, in the area.

Police said the woman’s lifestyle circumstances are unknown at this time and investigators are working to establish how she came to be in the area. It may be that she was recently living a transient lifestyle or was confused and disoriented, and left her home going unnoticed, police said in a press release issued on the morning of Wednesday, Aug. 5.

Recently, the Ontario Forensic Pathology Service, with the assistance of the O.P.P., created an artist’s rendition of the woman. It is hoped someone recognizes the image and can help bring some resolution to both the woman’s family and the investigation. Images of her clothing, which include a shirt, shorts and sandals, have also been released to help determine her identity. Police are not providing any further description of the woman other than the fact she is white, so that people look solely at the images, the press release said.

Officers want to avoid ‘tunnel vision’ and anyone dismissing someone that they may think of because they feel they may not have the right descriptive features such as age, height and weight. Investigators are encouraging people to check on their neighbours, tenants, friends that live alone and those who you have not seen for some time.