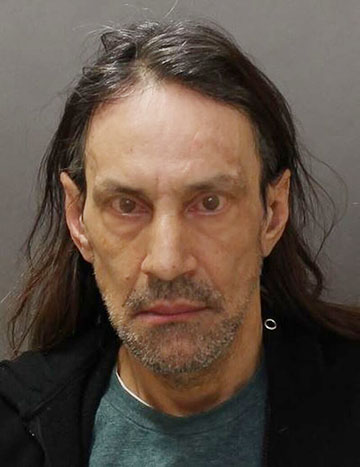 Toronto police are seeking the public's help in locating Joao Martins, 56, in connection with an assault and break-in investigation.

Police in 55 Division are asking for the public’s help in locating a man wanted on a number of charges in connection with a pair of incidents earlier this month near Main Street and Danforth Avenue.

According to police, a man allegedly broke into a residence in the area on July 8 and assaulted the victim.

On July 21, police said a man allegedly committed two other criminal offences and breached his probation.

Joao Martins, 56, of Toronto, is being sought by police on charges of assault, break and enter and four counts of failing to comply with a probation order.

He is described as five-feet, four-inches tall, weighing about 140 pounds, unshaven, with long dark hair.