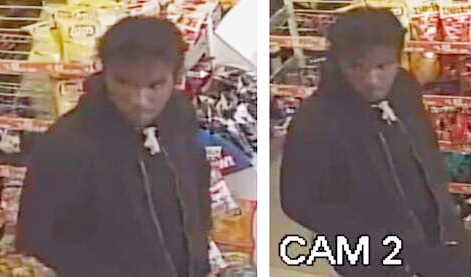 Police have released security camera image of a man being sought in connection with an investigation into a sexual assault in Woodbine Park on the afternoon of June 23.

Toronto police are asking for the public’s help in identifying a suspect in connection with a sexual assault that took place in Woodbine Park on the afternoon of Tuesday, June 23.

According to police, a woman was walking in the park (located northwest of Northern Dancer Boulevard and Lake Shore Boulevard East) between 1 and 2 p.m. when she was approached by a male suspect and sexually assaulted.

The suspect is described as in his mid 20s, with long, curly black curly hair, black facial hair, a medium build, and approximately six-feet, two-inches tall. He was wearing dark clothing, black running shoes, and was riding a dark-coloured bicycle.

Police canvassed local businesses and the Northern Dancer Boulevard area for surveillance footage on the evening of June 23, and have released images of the suspect being sought in connection with this incident.