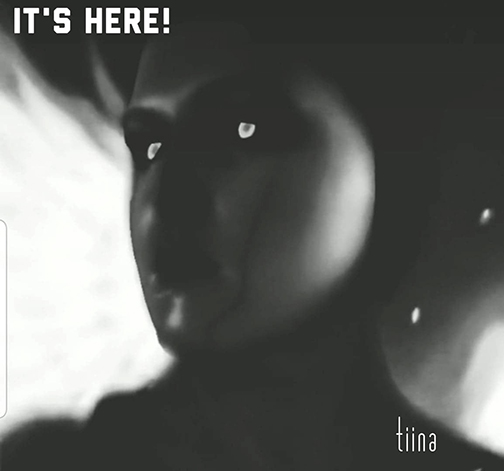 Tiina LeMay recently released the song and video for It's Here.

The song is a reflection on the situation everyone has been and is living through as we all deal with the COVID-19 pandemic.

“I wrote the song It’s Here during the social isolation period and I was inspired by what we are all experiencing worldwide, with the current pandemic and the social unrest,” said LeMay in an email interview with Beach Metro News at the end of May.

“It was definitely timely to release it now and the song itself asks rhetorical questions that will hopefully engage people to think about their own experiences.”

Eclecticus has been together as a band since 2009 and is made up of members LeMay, Gar Reid, Jono Grant, Chris Ross and Darrell Goodman. LeMay and Reid, who are married to each other, are the band’s founders.

The band’s on its next album was put on hold in March with the restrictions made necessary to stop the spread of COVID-19.

While disappointed, it gave LeMay and Reid some time to think about a solo project.

“I found myself really having something to say in my own voice,” said LeMay. “I had never released any of my songs just written by and for me before (only for my band), so I said: ‘WTH – I am going to do this – write and release a solo album that is mostly acoustic guitar and/or percussion based, that is heavily steeped in rock in a singer-songwriter fashion.”

It’s Here features vocals and instruments by LeMay and Reid, and the video for it was made by Greshan Productions. It was released on May 20.

“I am very lucky and grateful because my life and music partner – Gar Reid, frontman of Eclecticus – is an incredible audio engineer, and we have a decent home studio in our living room, which allows me to put out a professional sounding record, yet capturing a real organic feeling,” said LeMay.

The video for the song, which focuses on LeMay’s face as she sings, is filmed in black and white and has a unique style and look.

“The video was made one week before its release, filmed at home, where we used several video production applications to achieve the look and feel of the song,” explained LeMay. “I am the one performing in the video. I was able to morph my face, yet keep my facial expressions intact. Some of the faces in the video are indicative of me, and others are manipulated versions of my face. Kind of mysterious, I guess…”

She said filming a video at home without a crew of other people and band members was different experience, but all part of the self-isolation and self-distancing process so many people are having to go through.

“You almost feel more vulnerable because people can see you and you can’t see them. A live performance is a two-way connection between the band and the audience interacting – a real chemistry,” said LeMay. “Online you are hoping people’s reactions are positive – I guess you can get a sense from the comments and reactions that are left on your video/song post on social media.”

She said that sharing music and performances is especially important during these times.

“You find that both well-known and independent musicians are sharing their music or doing covers on social media. It is a virtual, but quite an intimate experience to have with an artist/musician. Even my band mates in Eclecticus did a live at home ‘Zoom-style’ video of one of our songs Nothing’s Gonna Bring Me Down, which was a blast yet challenging to do.”

LeMay said discussions online about music and the songs and albums people like is also an important way for people to feel connected since they cannot attend live concerts in person.

“I have noticed people sharing their favourite songs or albums to invoke an emotion or memory they are experiencing on social media e.g. Top 10 album/song challenge. YouTube video watch parties, etc. I must admit I have participated in these types of music sharing challenges,” she said.

Also, these times and in particular at the height of the isolation people were recently feeling, has produced a lot of introspective song writing.

“For me, strong emotions typically inspire me to write songs; at this particular time, I feel them. I am sure 2020 will bring a lot of great music that the world can relate to, particularly about this monumental time in history,” said LeMay.

The song It’s Here and accompanying video can be viewed on YouTube at https://youtu.be/7nkgN_TKU1I