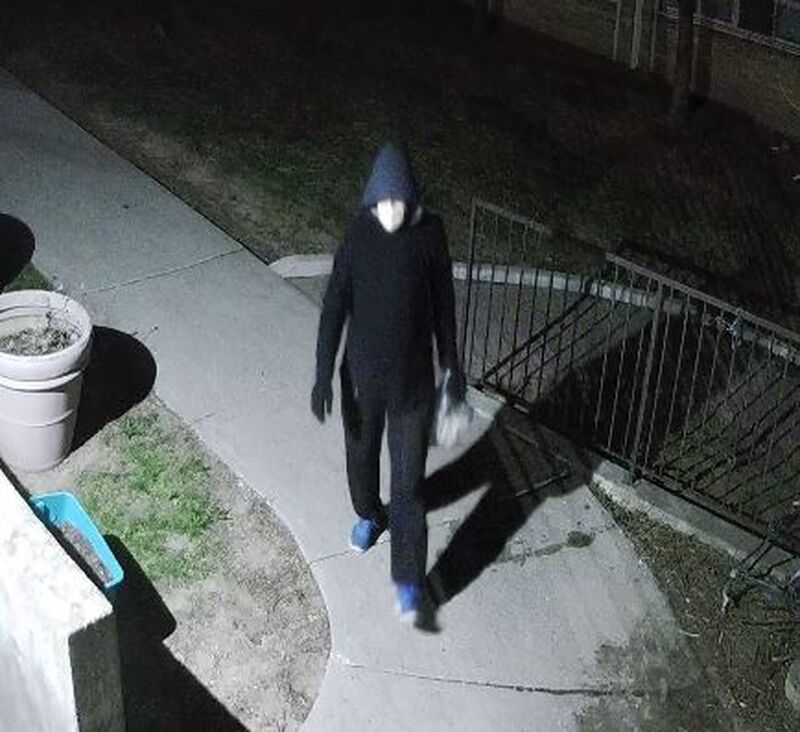 Toronto police are asking for the public's help in identifying this man in connection with an investigation into an incident on April 28 in the Main Street and Kingston Road area.

Toronto police are asking for the public’s help in identifying a suspect in connection with an investigation into a mischief and endanger life incident.

According to police, an unknown man approached an apartment building in the Main Street and Kingston Road area at approximately 5:15 a.m. on April 28 and allegedly appeared as if he intended to set a ground-level unit on fire.

Police alleged the man used an object to break a window in the ground-level unit, and then poured an accelerant inside. The man did not set a fire, police said.

No one was at home in the unit at the time of the incident, and no one was injured.

The man police are looking for was wearing a black sweater with a blue hood, black pants, blue running shoes with white soles, black gloves, a white face mask and was carrying a plastic bag.