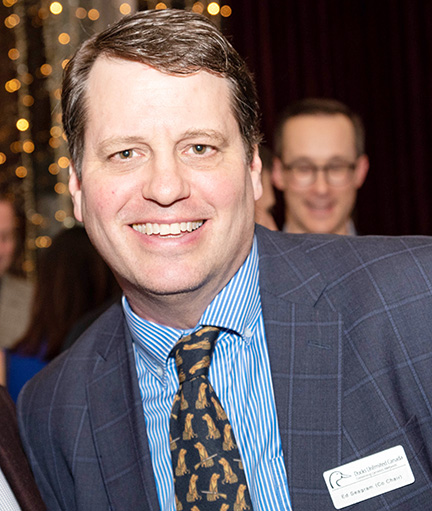 Seagram, who lives in the Withrow and Logan avenues area, has been volunteering with the group for 26 years.

“It’s super exciting. It’s nice to be recognized and also very uplifting in such a time of hardship for a lot of people,” Seagram said of the honour.

Over the past 26 years, he has worked on numerous projects with Ducks Unlimited which preserves and enhances wetlands across the country to provide habitat for many kinds of birds and wildlife

This year was special for Seagram, even though he could not attend a physical awards ceremony due to COVID-19 restrictions.

“I’ll get the plaque at some point, it will most likely be in the form of a duck,” Seagram said.

Seagram said he is an active part of helping put the fundraiser together.

He said the event attracts many young people who live in the downtown Toronto area despite tickets costing $350.

“It’s nice to have that younger demographic involved in wetland conservation,” Seagram said.

A duck hunter, Seagram said he cares about the conservation of wetlands and he enjoys seeing wild life.

Over the last 26 years he spent with Ducks Unlimited Canada, Seagram said he has been involved in a number of projects and has visited the national headquarters in Manitoba.

One of the areas he has helped with is Manitoba’s Oak Hammock Marsh Interpretive Centre, a non-profit organization that helps connect people with wetlands. They are partners with Ducks Unlimited.

Seagram said he has always found interest in this type of work because he grew up learning about wetlands.

“My father owns a 200-acre wetland out near Uxbridge which is north east of Toronto,” Seagram said.

He said moving forward he wants to continue getting the younger generation involved in wetlands preservation.