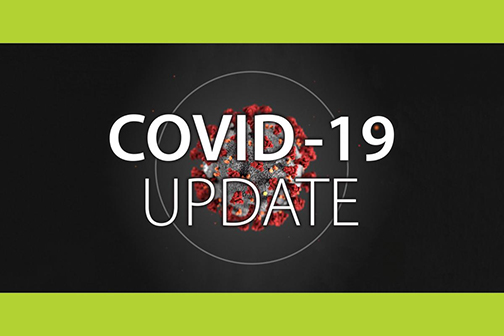 Canadians are in the COVID-19 fight together, writes Alan Carter in his In My Opinion column for Beach Metro News.

In the fight against COVID-19, Canada has a secret weapon to help us weather the storm. In fact, we have three. Sidney Crosby, Gord Downie and Kyle Lowry.

While other countries grapple with internal divisions that breed mistrust and suspicion, this nation knows the exhilaration of cheering for a common goal, the joy of a group sing-a-long, and the unifying force of beating the odds to win.

You didn’t have to care a whit about sports to be caught up in the hoopla of the 2010 Vancouver Winter Games. Even a decade later Canadians can close their eyes and picture Sidney Crosby in the corner, moving towards the net and Olympic glory. When the red light went on, Canada had a new Golden Goal to rival Paul Henderson’s 1972 triumph. You could almost hear the sounds of high fives echoing across the Great White North.

In 2016, fighting the brain cancer that would claim his life, Gord Downie and his Tragically Hip  bandmates played their final show in Kingston. The show, broadcast across the country, was part celebration, part love letter to a performer and lyricist who has become Canada’s unofficial poet laureate. Messages filled social media feeds about how Canada was closed for business for the evening. Not to fight a virus, but to celebrate courage. It couldn’t have come at a better time.

By 2019, the stereotype of Canada as a hockey loving, jean jacketed nation of hosers was a tired trope no longer reflective of the country. Into that void stepped the Toronto Raptors. In a magical championship run, Kyle Lowry and his band of brothers accomplished what seemed an impossibility. Canadians from coast to coast to coast who rolled their eyes at the mere mention of Toronto became ardent fans, forgetting, at least for a moment, their disdain for the self proclaimed centre-of-the-universe.

The vapour trail of common cause blazed by Sid, Gord and Kyle can be seen in the Canadian response to COVID-19. We know we’re all in this together. We know what can be achieved if we pull together.

Contrast the Canadian response to the unfolding nightmare south of our border, where fault lines of partisanship and regional rivalry have exacerbated the crisis.

Nor is it blind adherence to authority that motivates us to stay home and follow the advice of officials.

You only have to listen to the pointed questions asked by journalists of the Prime Minister and Premier during their daily updates to know we’re not content to simply follow the rules. Accountability is the currency that keeps us committed to this cause. If we must all paddle in the same direction, then we demand to know where we are going.

We will survive this. We know what it will take. We’ll lean on the lessons learned from past triumphs to carry us through.  Sid, Gord and Kyle taught us how.