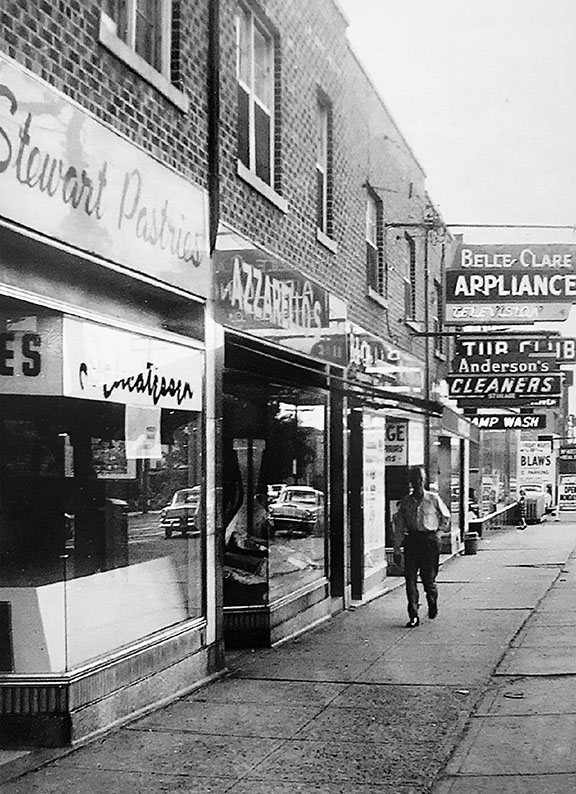 Linda Stoewner grew up in the Beach and lived in the area from 1961 to 1990. She was kind enough to send this photo of Glen Stewart Pastries and Delicatessen, which was run by her parents, Tony and Marianne Walthert, from 1954 to 1988.

The store was located on Kingston Road, just a little bit west of Main Street. This image was taken shortly after the business opened. Thank you Linda for sharing this photo. This particular intersection and area is being heavily built up right now, so it’s good to reminisce and witness a less corporate historical identity.

If you’d like to see one of your old photos revisited, drop me a line at gdvandyke61@gmail.com