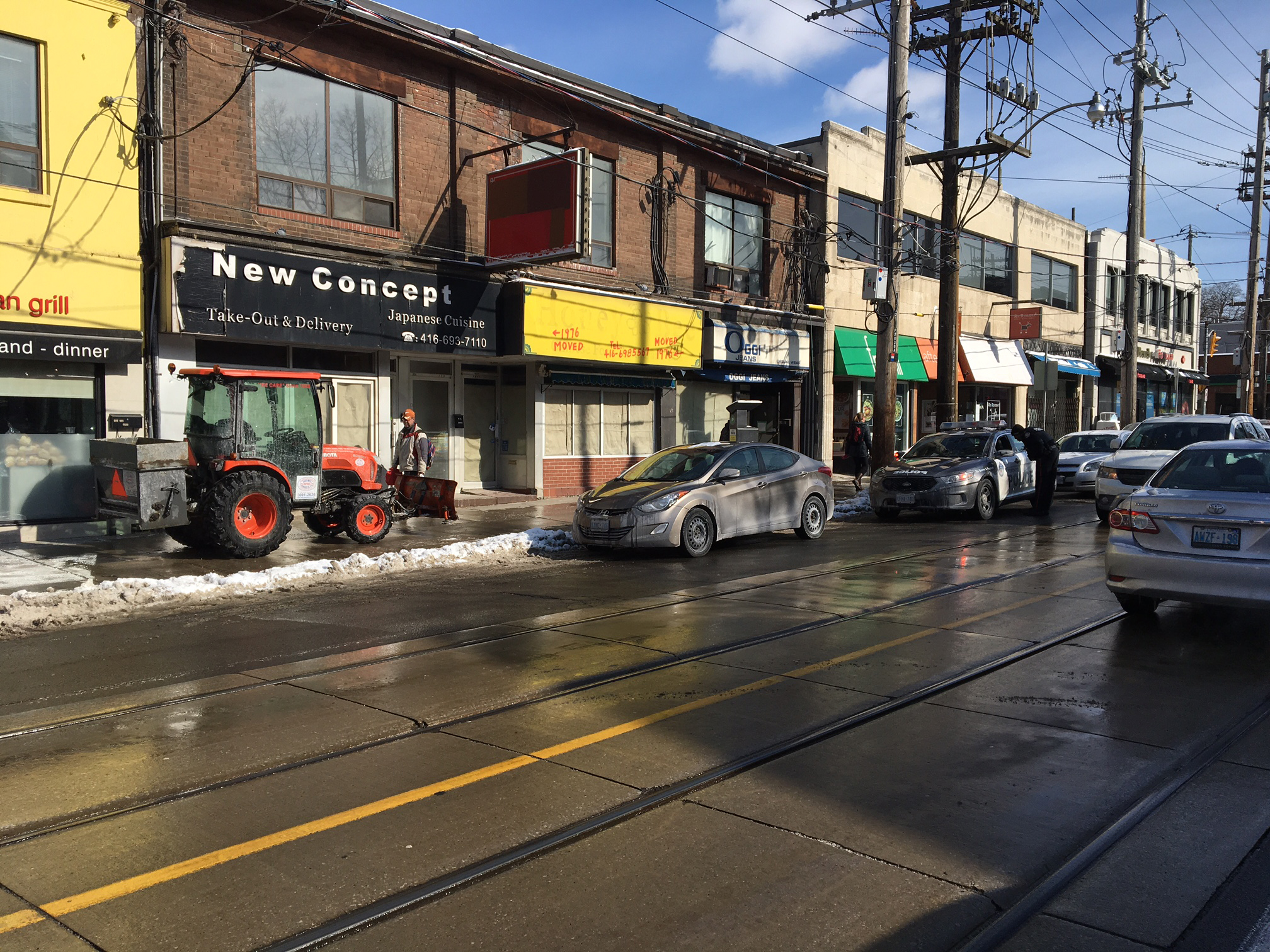 Queen Street East between Lee and Wheeler was briefly closed this morning (Saturday, Feb. 29) after a sidewalk snowplow struck a gas meter. The incident took place just before 9 a.m. and the road was fully re-opened to traffic by 10:15 a.m. Photo by Alan Shackleton.

The incident happened just before 9 a.m. after a sidewalk snowplow hit a gas meter on the wall of a building on the north side of Queen Street East just west of Lee Avenue.

The collision knocked the cap off the meter and resulted in a minor gas leak that forced the closure of Queen between Lee and Wheeler Avenue while crews contained the leak.

A TTC streetcar was brought in for people to take shelter in if needed while the situation was being assessed.

By 10:15 a.m., the gas leak had been safely contained and Queen Street East had been fully re-opened to traffic.