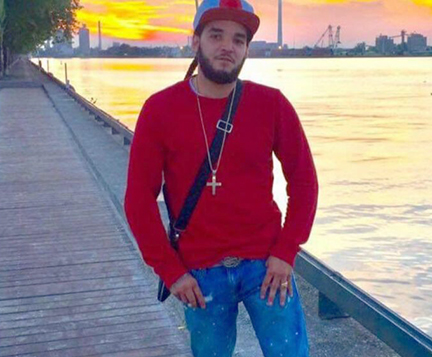 Toronto police have identified Thomas Michael Alcott, 29, as the man fatally shot on the morning of Feb. 5 outside a bar on Danforth Avenue just east of Greenwood Avenue. Alcott is Toronto's ninth homicide victim of 2020.

Police were called to 1232 Danforth Ave. at 3:01 a.m. on Feb. 5 for multiple reports of a shooting. When police arrived, they found an unconscious man on the north sidewalk suffering from multiple gunshot wounds.

He was rushed to hospital via an emergency but succumbed to his injuries, police said.

According to reports, Alcott had been in a local bar playing billiards with a number of other people when he went out onto Danforth Avenue for a cigarette.

Shortly after that the sound of gunshots was heard, and police were called.

The homicide squad is leading the investigation and officers are looking for several possible witnesses who were captured on video.

The investigation remains ongoing and officers are urging anyone who was in the area at the time, or has any information about the shooting, to immediately contact 416-808-5500 or 416-808-7400.