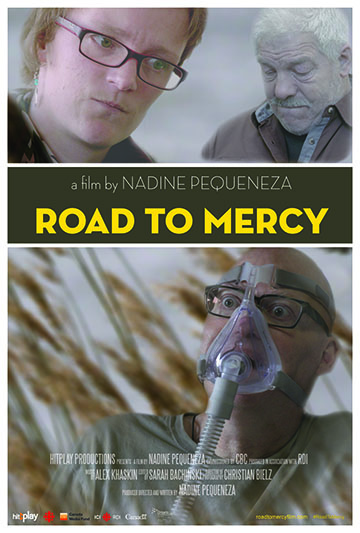 The documentary film Road to Mercy will be shown on Feb. 11 at the Fox Theatre as part of a community event and discussion on assisted dying hosted by Beaches-East York MP Nathaniel Erskine-Smith.

Beaches-East York MP Nathaniel Erskine-Smith is hosting a free movie and question and answer session on the topic of medically assisted death at the Fox Theatre, 2236 Queen St. E., on Tuesday, Feb.11, starting at 6:30 p.m.

The free screening of the documentary film Road to Mercy is set for 7:30 p.m.

It will be preceded by the Q&A at 7 p.m. featuring Maureen Taylor, Physician Assistant for Infectious Diseases at Michael Garron Hospital and an associate Clinical Professor at McMaster University; and Professor Kevin Reel, Program Director at Joint Centre for Bioethics at U of T and current chair of the Canadian Association of Practising Healthcare.

Taylor has been an advocate of medically assisted death since her husband, Dr. Donald Low passed away from a brain tumour.  He is said to have wished to have had some kind of medical aid in dying.

Reel works directly with individuals and families going through the process of choosing an assisted death.

The film Road to Mercy follows patients and their doctors, and focuses on Canada’s first legal doctor-assisted deaths, and explores the limits and boundaries of this practice. The film is directed and produced by Canadian Screen Award winner Nadine Pequeneza.

This issue is timely since a Quebec Superior Court justice ruled that the federal and provincial laws on medically assisted death were unconstitutional.

The federal government has announced that the legislation will be amended and re-introduced this year.

In the previous session of Parliament, prior to last October’s federal election, Erskine-Smith voted against his Liberal government’s assisted dying legislation because he felt it was too restrictive.

“We now have a new opportunity to get the law right,” Erskine-Smith said in a press release about the free movie and Q&A event. “Your feedback is important and I hope you join us in conversation next week.”

Beaches-East York residents unable to attend are also invited to share their views on assisted dying by contacting Erskine-Smith’s office by email at nathaniel.erskine-smith@parl.gc.ca