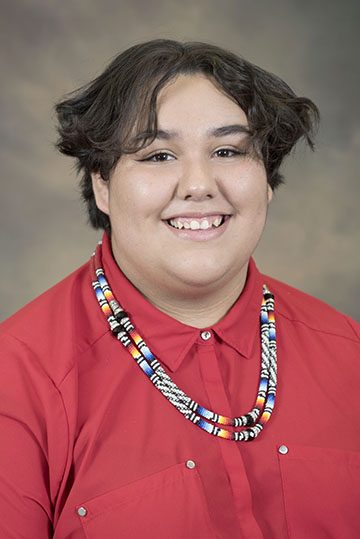 Clarity M. Smoke has been actively involved in raising awareness of Indigenous history and cultures within post-secondary institutions, political agencies and community groups.

By appointing Smoke, the TDSB becomes the fourth school board in Ontario to establish the position of Indigenous Student Trustee. Other boards that have the position are Thames Valley, Lambton and Kent District and Ontario North East.

Smoke was selected by the Toronto Indigenous Youth Council for the position with the TDSB.

“It is an honour to join the Toronto District School Board as the first ever Indigenous School Trustee,” said Smoke in a TDSB press release.

“I want to use this position to introduce more Indigenous knowledge into our curriculum and to inspire others like me to use their voice and be heard.”

Smoke’s position will see her provide Indigenous students, families and communities with representation at the highest level of the TDSB.

“This step will help improve the board’s decision-making process by raising trustees’ awareness of our collective responsibility to collaborate in a Nation to Nation relationship as Indigenous and Non-Indigenous peoples,” said the TDSB in its release.

“It will also serve to increase understanding about Indigenous ways of knowing and being, as well as the issues that matter most to Indigenous students and their families.”

“We need the voice of Indigenous youth at the Toronto District School Board,” said Shirt. “We are in an era where youth are leading and speaking the Truth. Clarity’s voice and leadership is needed as a youth representative.”

Smoke will join Student Trustees Ivy Deng and Adnan Habib at the board meetings.

The TDSB voted to establish the position of Indigenous Student Trustee at its October 2019 meeting.