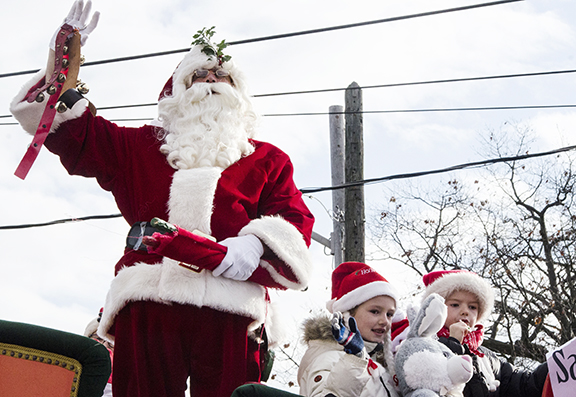 Toronto police are reminding local residents that there will be a number of road closures on Sunday, Nov. 24 for the Beaches Santa Claus Parade.

The parade begins at 1 p.m. at Victoria Park Avenue and Kingston Road and is expected to take approximately two hours.

The parade will set off from Neil McNeil High School, on Victoria Park Avenue just south of Kingston Road and the following road closures will be in effect on Sunday afternoon:

Police are advising motorists to expect delays in the area while the parade is taking place and to seek alternate routes and other means of transport.

Also, the TTC may experience delays in the area as a result of the parade.

The parade is presented by Community Centre 55 and the businesses of Kingston Road Village, and serves as the kick-off to the Christmas season in the East Toronto area.

The theme of this year’s parade is Santa’s Little Helpers, and youngsters are encouraged to attend the parade wearing their Christmas morning pyjamas and elf hats if they have them.

Youngsters attending the parade are also reminded to bring their letters to Santa as volunteers will be collecting them along the route.The parade starts at 1 p.m. at Kingston Road and Victoria Park Avenue.

From there, the parade heads west along Kingston Road to Walter Street where it turns north up to Lyall Avenue and briefly jogs west and then north on Kimberley Avenue before dispersing at Swanwick Avenue behind Community Centre 55.

“It helps get people thinking about Christmas and is the kick-off to our Share a Christmas campaign,” said Jade Maitland, Special Events and Volunteer Coordinator at Community Centre 55, of the parade.

Community Centre 55’s Share a Christmas has been helping out families in need in the East Toronto area for the past 37 years with donations of food, toys for kids and other items.

This year, Share a Christmas will be making the holiday season brighter for more than 1,000 local families. The campaign requires massive community support in the form of both donations and volunteer work, said Maitland.

There are expected to about 50 groups taking part in this year’s parade. Participants include local businesses, police, sports teams, clubs, community organizations, musical bands and more. Be sure to look for the Beach Metro Community News team as they march in the parade.

For more information on this year’s parade, please visit www.centre55.com