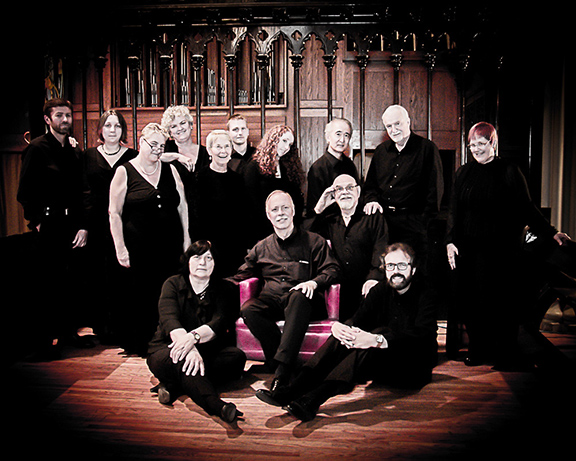 The Cantemus Singers will perform on Sunday, Nov. 24 at St. Aidan's church in the Beach. Photo: Submitted.

“Merry” and “solemn” are adjectives rarely used in the same breath to describe anything – with the exception of Christmas.

The tug-of-war between sacred and profane celebrations of Christ’s birth versus the pagan festivities at the winter solstice continue to this day.

In Renaissance and earlier times, religious leaders banned the singing of carols in churches, leaving people to sing them outdoors if they wished.

Carols were originally popular secular songs danced in a circle, to which over time were added Christmas themed words, though not enough to make them suitably “religious” for the clergy.

Despite bans, carols’ popularity soared, and even Henry VIII composed some.

The Cantemus Singers invite the community to their celebration of both sides of the season with A Boy is Born – a program of merry English carols from the 15th to 17th centuries (including one by Henry VIII); solemn motets by William Byrd, John Amner and Richard Dering; and Thomas Tallis’s serene Missa Puer Natus Est Nobis [A Boy is Born For Us] for seven voices.

This mass was written for Christmas of 1554 at the court of Queen Mary Tudor who had recently married Philip II of Spain, and appeared to be expecting a child.

Tickets are $20 general admission, with children under 12 are free.

The concert is a benefit concert to raise money for Community Centre 55’s Share a Christmas program that provides Christmas food hampers and toys to more than 900 needy families in Toronto’s east end.

Cantemus Singers was established in 2008 by conductor, Michael Erdman.