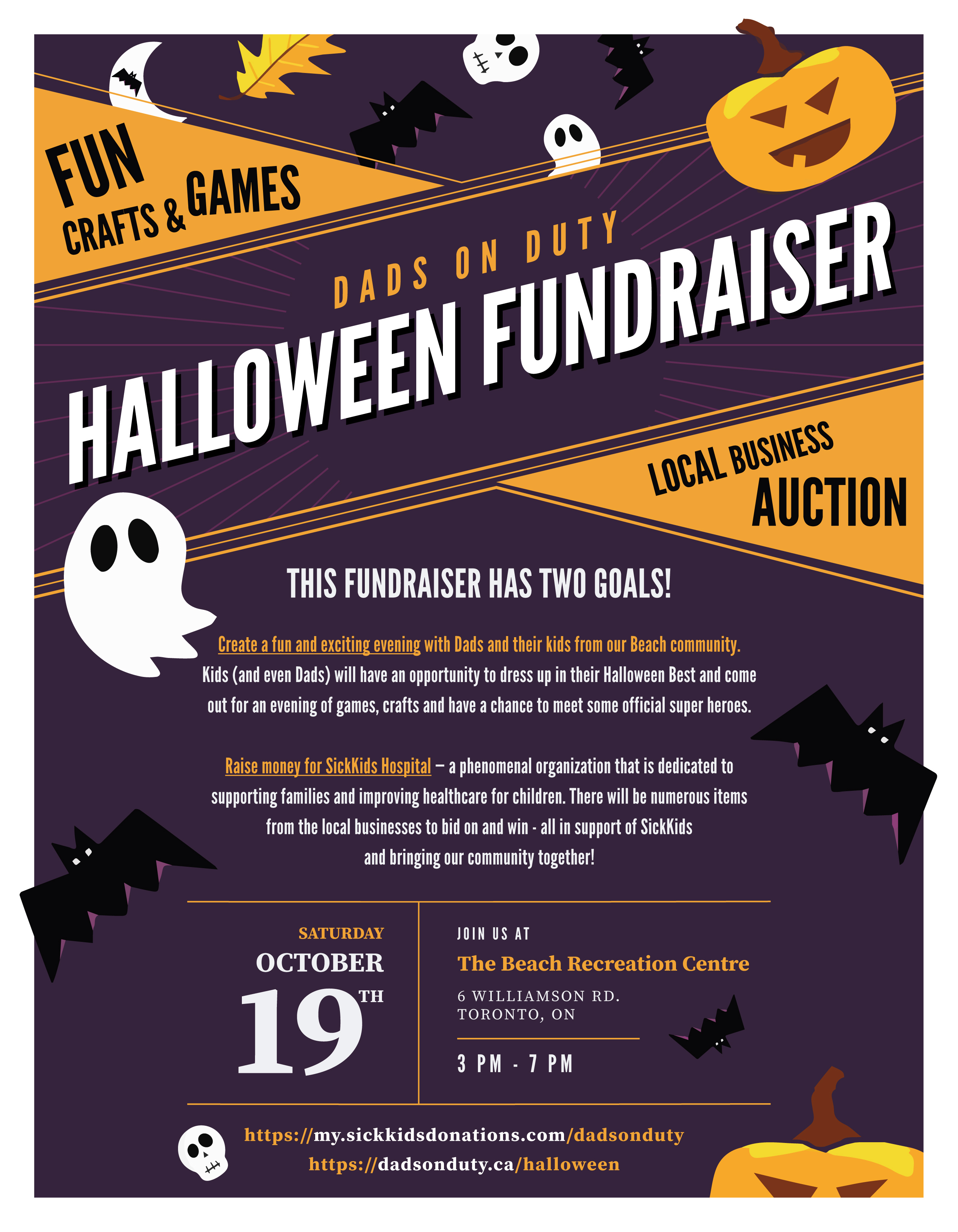 The Dads on Duty fundraiser takes place on Saturday, Oct. 19, at the Beaches Recreation Centre.

Dads on Duty is hosting a fundraiser to raise money for The Hospital for Sick Children on Saturday, Oct. 19, at the Beaches Recreation Centre at 6 Williamson Rd.

Paul Lapas and his brother-in-law Boris Nikic created the group earlier this year.

“We wanted to create something that connected other dads in the community,” said Lapas.

Lapas said that as a stay-at-home dad, he would go to different events around the Beach but felt somewhat isolated.

“I wasn’t able to connect with any of the other dads. There were moms and moms groups and nannies. I didn’t really know where to turn at that point and I was feeling kind of lonely,” he said.

Lapas’ and Nikic’s first event was a kickoff barbecue in May, and around 50 dads and 75 kids from the area attended.

“The idea was just to meet each other and do it in a fun, exciting way,” said Lapas.

Lapas wanted to start a fundraiser for SickKids to give back after his son broke his leg then later had an autoimmune reaction to a medication.

“Feeling, as a parent, so vulnerable and powerless to do anything about helping your kid, but you show up at SickKids and they were just fantastic with us. They helped me with my other kids. They helped me as I was dealing with all the anxiety, and they really helped my son,” said Lapas.

The fundraiser will be a Halloween-themed costume party where dads and kids are encouraged to dress up. it will take place from 3 to 7 p.m.

Lapas said there will be a silent auction, and games and activities for kids and dads. He said he knows people who dress up as superheroes like Captain America and Batman who will attend. There will be a “superhero training course” and a chance for pictures with superheroes.