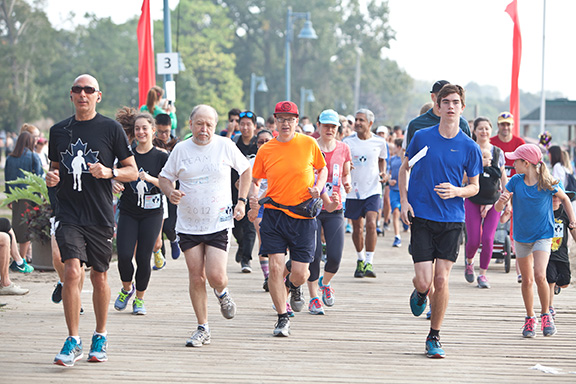 The Terry Fox Run in the Beach will take place on Sunday, Sept. 15.

The run will begin at 9 a.m. and continue until noon at the foot of Woodbine Avenue at the Woodbine Bathing Station. Registration for the run begins at 8:30 a.m.

Pamela Politano has been the organizer of the Beaches Terry Fox Run for four years and said she had volunteered before becoming the organizer.

“I was a little kid when Terry did the original run, I remember seeing updates of where he was and how he was doing.”

When Politano’s stepfather was diagnosed with lung cancer 11 years ago, his passing sparked a desire to contribute more to cancer research. “I had always been involved, but then I really wanted to give back and help be more involved with raising money for cancer research. I just wanted to help more,” she said.

She said that she was always inspired by Terry Fox and that she felt when cancer affected her and her family that she had even more of a connection. The main thing about the Terry Fox Run is continuing his legacy, she said.

“I always say to people that we’re helping him continue his Marathon of Hope, his dream,” said Politano.