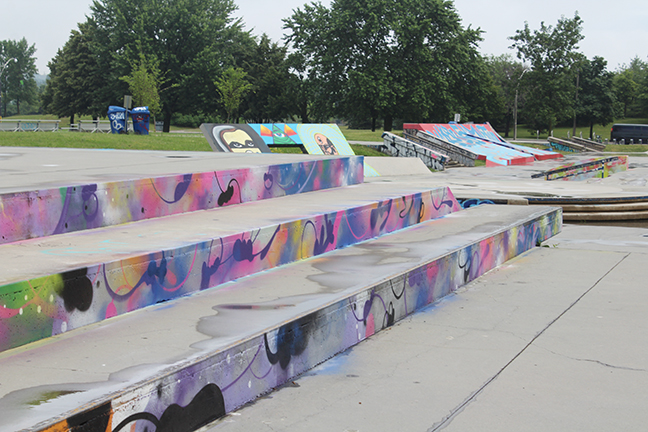 The Metropolitan Open will be held on Saturday, Aug. 10, at Ashbridges Bay Skatepark as part of the National Event Series organized by Canada Skateboard.

“It’s a fun job for us. We love exposing and promoting the positive aspects of skateboarding. And the whole mission is to promote, expose and grow skateboarding across Canada,” said Trevn Sharp, the event’s manager.

“There’s definitely really, really good and talented skaters in Toronto so we hope to have them come out,” he said.

If participants score well for overall impression of their run, the skateboarders may be invited to participate in other events.

Skating at other events can lead to participants accumulating more points, and the possible opportunity of representing Canada at the 2020 Tokyo Olympics, where skateboarding will make its Olympic debut.

“With it (skateboarding) becoming part of the Olympics, it offers a lot more opportunities for the sport of skateboarding, the youth that want to get into it, also for brands, for the industry and for the skateboard community. It’s just all positive,” said Sharp.

The Metropolitan Open is open to all genders and ages, and is a street style skateboarding contest. Street skateboarding involves the use of urban obstacles like ledges, railings and stairs to perform tricks in a more open area.

“What we do have is the opportunity to find the people that we can then send to those World Skate events, and from there they can start building Olympic ranking points. There’s a big path to get there. And it’s a lot of work to get yourself a spot on the Canadian team,” said Sharp.

He said that this event is not open just to the elite competitors, but skateboarders of all skill levels.

“If they want to skate it, come by it’s free. It’s a full fun day. It’s kind of a family outing to the event. Anything that we can do to expose skateboarding is kind of where we’re at.”

Sign in and registration begins at 10 a.m. until 12 p.m.on Saturday, Aug. 10. The contest will start with the women’s division followed by men’s.

For more information on the Metropolitan Open, visit http://canadaskateboard.com/events/metropolitan-open-toronto-on-street/.