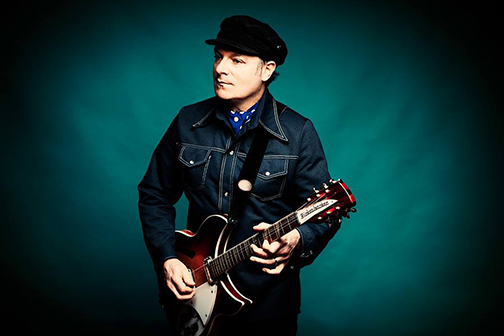 Tim Bovaconti and the Enablers will open up this August's Danforth Rocks Summer Music Series at Stephenson Park on Wednesday, Aug. 7.

Danforth Rocks Summer Music Series will be back for its third year at Stephenson Park featuring live music, food and drink, and local merchants.

The family-friendly and community-based event will be held every Wednesday night in August from 6 to 9 p.m.

The Friends of Stephenson Park stewardship group, run by Peter Woodcock, first started the event as a neighbourhood music show before approaching the Danforth Village Business Improvement Area so it could become a larger music festival.

The Danforth Village BIA is an association of businesspeople in the district who come together to focus on stimulating local businesses.

“I think it’s really about bringing together community and it’s really featuring what we have locally. We try to have as many of the local businesses come out as possible,” said Natalie Kauffman, the administrative coordinator.

The bands featured are mostly Toronto talents such as Tim Bovaconti and the Enablers, who will open the series up on Aug. 7.

The featured breweries and food are all local.

Other attractions include face painting and henna, as well as booths from local businesses such as Fix It Females and Looking Glass Adventures, an escape room venue.

“It’s really about that vibe of coming out to the park and it’s summer. In Toronto, we have such a short time to enjoy being outdoors, and what a great way to do it: with music, with food, with beer,” said Kauffman.

In previous years, Danforth Rocks has drawn crowds of 400 to 500 people but that number is expected to grow.

“People (who come) often know each other, run into neighbours, or bring out new people who want to check out the east end,” said Kauffman.

The schedule for this summer’s Danforth Rocks at Stephenson Park, 61 Stephenson Ave., southwest of Main Street and Danforth Avenue, is as follows: