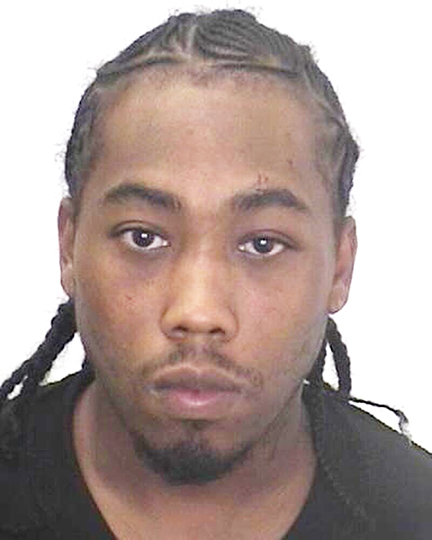 Jamael Wayne Johnson, 36, is being sought by Toronto police in connection with an investigation into a shooting at Victoria Park and Gerrard Street on July 6. Police warn he should be considered armed and dangerous and should not be approached. If seen, please call 9-1-1.

Toronto police are seeking a 36-year-old man wanted in connection with a shooting investigation in the Victoria Park Avenue and Gerrard Street East area on the weekend.

According to police, a man was driving his vehicle eastbound on Danforth Avenue at Main Street at approximately 2 a.m. on Saturday, July 6 when he had an interaction with another man, age 19, who was also in a vehicle.

After a brief interaction the 19-year-old man drove off southbound on Main Street from Danforth, police said, followed by the man, who attempted to cut him off.

Both the vehicle belonging to the 19-year-old man and the other man’s vehicle sustained damage as a result, police said.

The man then pulled up beside the 19-year-old man’s vehicle and pointed a handgun at him and fired a shot, police alleged.

Toronto police are seeking Jamael Wayne Johnson, 36, in connection with the shooting. He is wanted on a number of charges including discharging a firearm with intent to wound or endanger life, pointing a firearm, unauthorized possession of a firearm and dangerous driving.

Police warn that he should be considered armed and dangerous and should not be approached. Anyone who sees him should call 9-1-1 immediately.