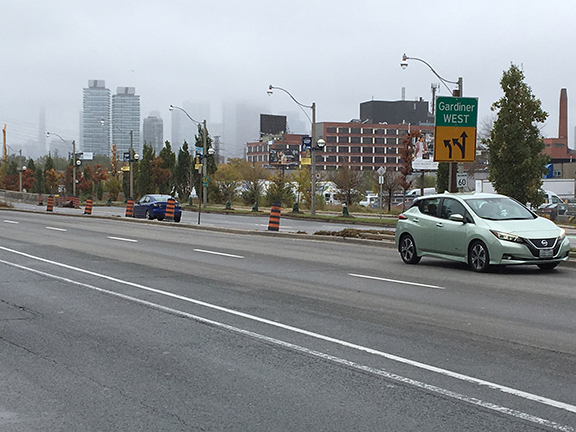 Anyone planning on driving outside the community this Sunday needs to be aware that Gardiner Expressway and the Don Valley Parkway will be closed from 2 a.m. to 3 p.m. on June 2 for the Ride for Heart.

The 32nd annual Manulife Ride for Heart is a fundraiser for the Heart and Stroke Foundation of Canada. Thousands of cyclists and walkers will be taking part in the event.

Cyclists participating can pedal routes of 25, 50 or 75 kilometre from the Canadian National Exhibition Grounds along the Gardiner and Don Valley Parkway all the way up to almost Hwy. 401 and back depending on the length of route chosen.

Walkers participate in a five-kilometre walk from the Exhibition Grounds and along a small portion of the Gardiner Expressway.

The Gardiner Expressway will be closed in both directions from South Kingsway to the Don Valley Parkway from 2 a.m. to 3 p.m. on June 2.

There will also be some road closures in the area of the Canadian National Exhibition grounds during those hours for Ride for Heart.

Toronto police are warning that motorists travelling in the in the downtown area can expect significant delays during the closure.

Also, arterial roads leading into the downtown area such as Kingston Road, Gerrard Street, Danforth Avenue, and Woodbine Avenue can also expect significant traffic that would normally have taken the DVP.