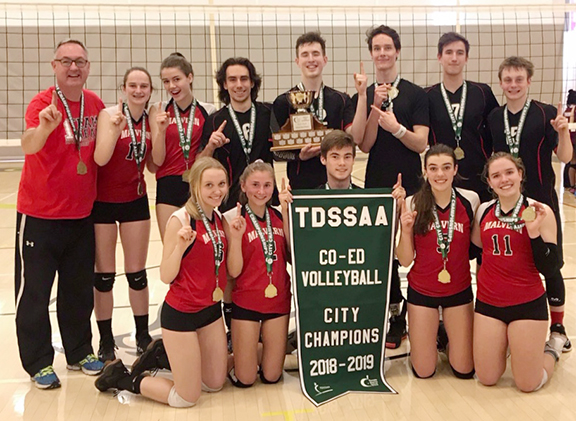 The team from Malvern won the Toronto District School Board title with a three-sets-to-one victory over Etobicoke’s Silverthorn Collegiate in the city championships.

To get to the city championship match, Malvern had to beat Danforth Tech in the South region finals and then East region champs Sir Oliver Mowat Collegiate in the city semifinals.