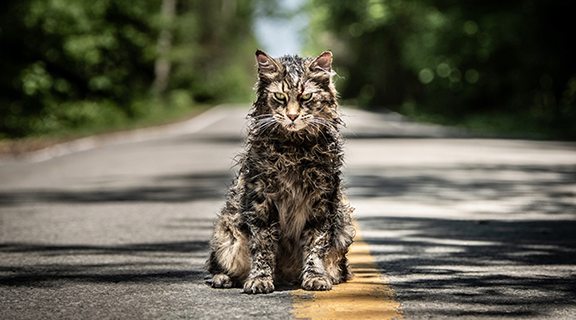 Local photographer Kerry Hayes has a pair of exhibitions taking place this month at two venues in the Kingston Road Village.

Considered one of the top feature film still photographers in the world, Hayes has worked on more than 90 movies and is Canada’s most sought after movie photographer.

Hayes’ works will be on display as part of the 2019 Scotiabank Contact Photography Festival at the The Porch Light and also at SKAUT Design during the month of May.

The photos on display as part of the Contact festival are Hayes’ Cape (Rosier) Light collection which explore the magical light, beauty and serenity of Cape Rosier, Maine. “In its juncture of sea, sky land and the occasional human form or artifact, Cape Rosier’s light is endlessly captivating,” said Hayes in a press release announcing the exhibit.

“This exhibit is my homage to its creator, photographer Joel Meyerowitz,” said Hayes.

The Porch Light is located at 982 Kingston Rd., and the exhibit runs until May 30.

Also, a collection of some of Hayes’ personal photography and from his 2018 Contact exhibition will be on display at SKAUT, 874 Kingston Rd., until May 26.

Movies Hayes has worked on in his more than 35-year career include The Legends of the Fall, Spotlight, and the Oscar-winning The Shape of Water.

Hayes wrote an explanation of what he had to go through to get a photo of a cat standing right in the middle of the road and looking quite demonic for Paramount Pictures 2019 Pet Sematary:

“Everything got quiet as the wranglers released the cat on an open road in the middle of the woods. He was tentative and alert to danger but curious, he was just a cat after all, and headed in my direction, stop, start left, right, sniff, sniff, gradually he approached me. Lying on my stomach on rough asphalt, elbows and spinal column painfully imitating a tripod, neck painfully scrunched, I brought my camera up to my eye.

“As he came into my viewfinder it could have been Pacino saying “OK, you ready?” like he had once just before glaring at me for three frames and abruptly leaving the set. The cat walked to the centre of the road exactly where I needed him and sat down like he was hitting his mark. I held my breath to steady the camera’s long lens and zoomed in. He raised his chin then lowered his gaze and gave me the demon eyeball.”

Hayes was born and grew up in New York City, and that was where his passion for photography was developed.

He was shooting for magazines, corporations and design firms when he took on a job in 1982 on a movie set. Within three years he had been the photographer on films for Woody Allen, Sidney Lumet and John Huston.

Hayes, and his late wife who is Canadian, moved to the Beach with their three young daughters in 1989 where he still resides and continues his photography career on both sides of the border.