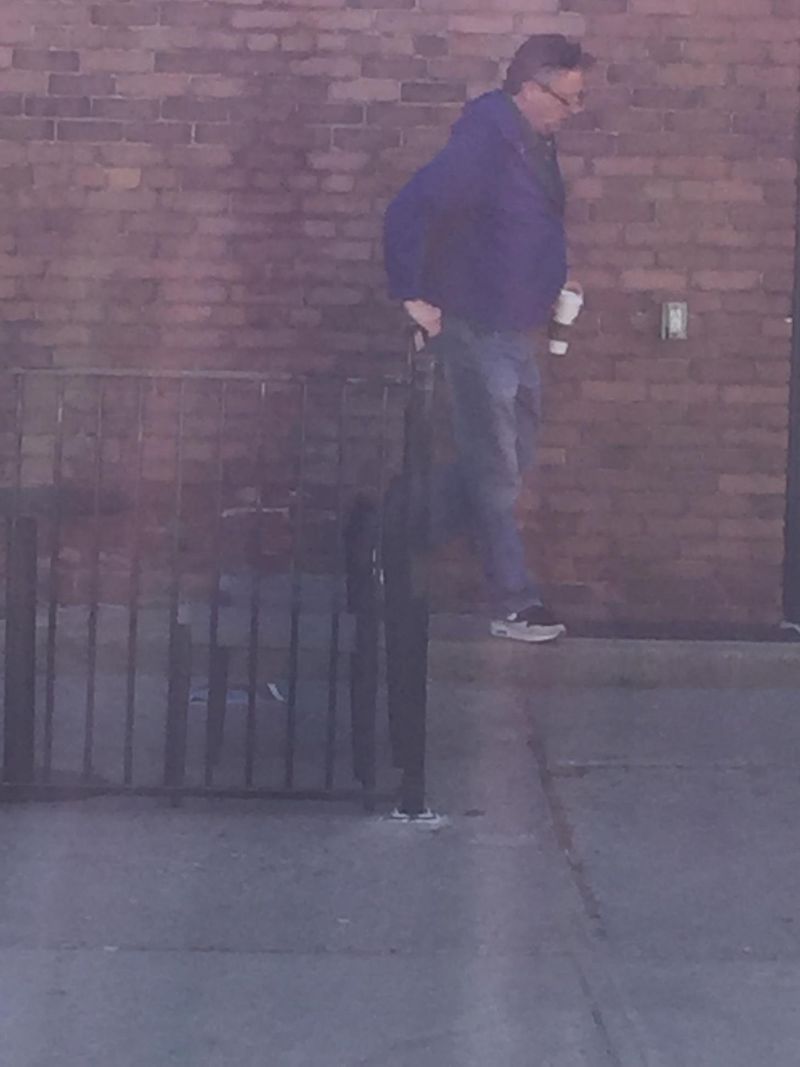 Toronto police are seeking to identify this man in connection with an assault investigation on Danforth Avenue.

Toronto police have released a photo of a man they want to identify in connection with an investigation of an assault outside a Danforth Avenue coffee shop that injured a 78-year-old man.

According to police, the victim was standing outside a Starbucks at Danforth and Gough avenues when a man sitting in the coffee shop’s patio area yelled and lunged at him. This caused the victim to fall and hit his head on the pavement, police alleged.

The victim suffered severe facial bruising as a result of the incident and was taken to hospital for treatment.

The man police are seeking to identify is described as 50 to 60 years-old, six-feet to six-feet, two-inches tall, with a medium to heavy build, salt and pepper hair. He was wearing blue zip-up jacket with a hood, blue jeans, black and grey Nike running shoes, a beige/khaki colour back pack, and prescription glasses.