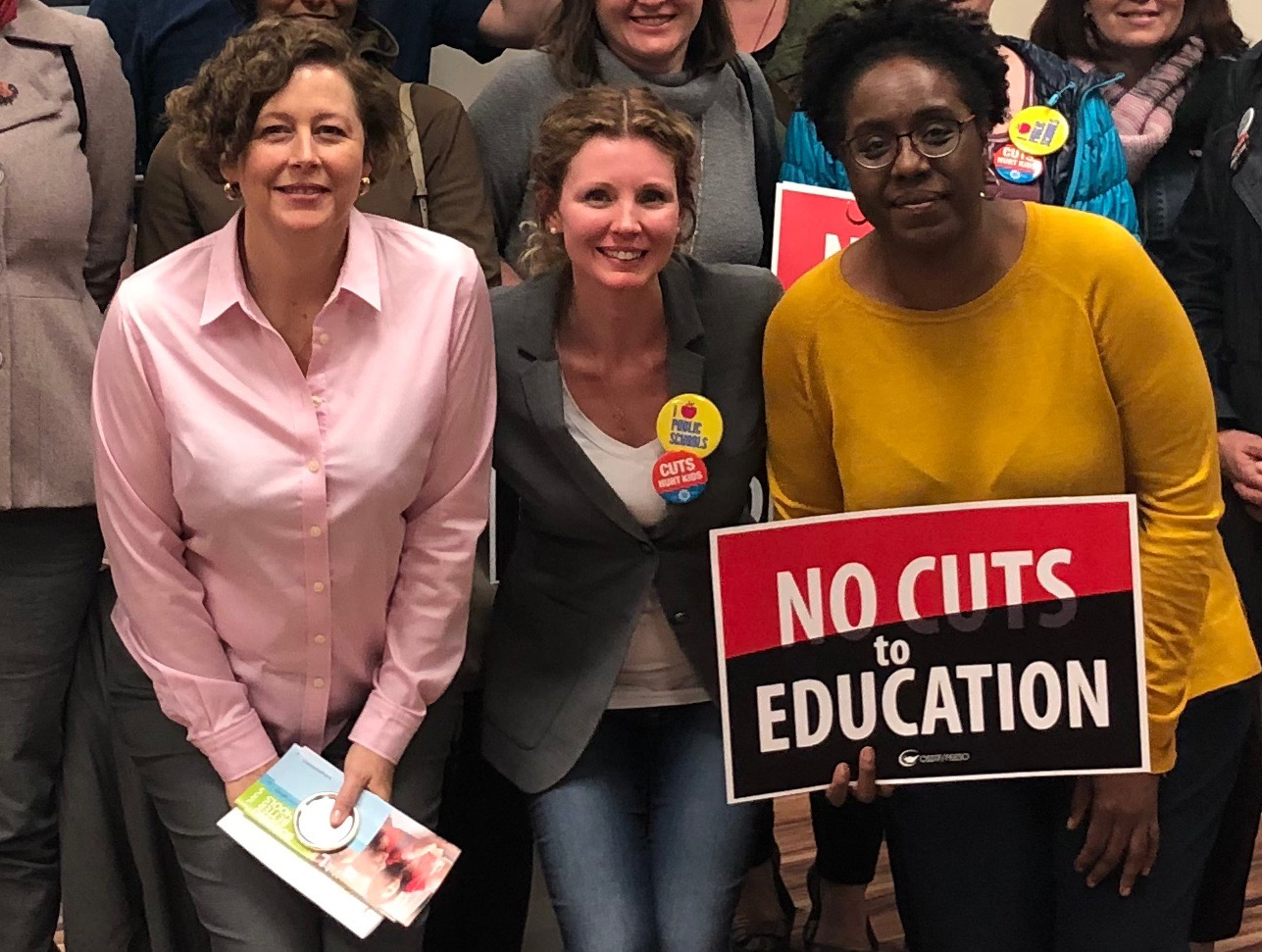 A new group has developed in the East End where parents have come together to discuss and make plans to tackle issues in the education system.

The group called ‘East End Parents 4 Public Education’ started up earlier this year. Its co-chairs Brandy Huff and Charlene Dunstan created a Facebook group introducing the idea. Soon enough, members joined the online group and a date for a first meeting was chosen.

Huff ran for schoolboard trustee in the municipal elections. Even though she wasn’t elected, her passion for justice in the education system never died down. After connecting with Dunstan, the two started up the group. She realized that Dunstan had the same interest for justice in issues such as education cuts, infrastructure repairs and better resources, and she knew others would too.

“We wanted to create an avenue where parents come together and take action,” Huff said. “We also wanted to put it in a digestible form that people can understand what changes mean to their children’s education.”

The group’s goal is that it strives for a ‘high-quality equitable public education,’ according to Huff.

The East End Parents 4 Public Education had their first group meeting on April 24. It took place at the Workaround on Danforth Avenue. About 40 members joined the meeting and just about everyone had ideas for future plans and issues to tackle.

Huff explained that the members were divided into five groups where they each came up with an idea or issue to discuss.

One of the ideas that came up touched on children who wished to have a say in their education and how they can help take action. Others consisted of plans to adjust to the funding cuts and broadening their reach at events like fun fairs.

Another idea was to get group members to engage with others in the community, even if they don’t have children themselves. Huff added that the group isn’t just for parents, but that it’s open to anyone who has similar interests in the education system.

Diane Dyson, who was a member of the People 4 Education group which existed 20 years back, recently became aware of this new group.

In an interview with Beach Metro News, Dyson talked about how thrilled she is knowing a new group is after the same goal.

“Even though it’s different people, it’s the same determination and the same vision to make sure that we take care of each other,” Dyson said.

More information on the group can be found on Facebook under ‘East End Parents 4 Public Education’ and on Twitter at #EastEndParents.