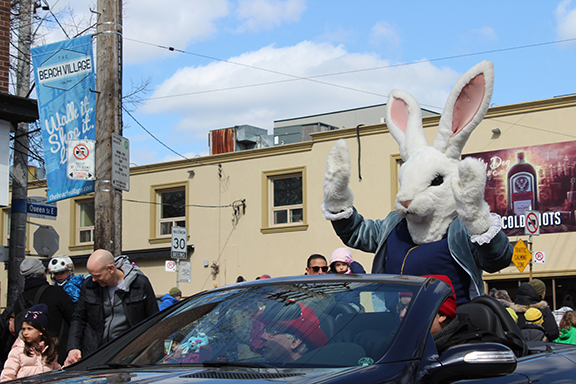 The Easter Bunny will be one of the highlights of the Toronto Beaches Lions Club Easter Parade which takes place Sunday, April 21 starting at 2 p.m. along Queen Street East in the Beach.

Toronto police say a number of road closures will be in place in the area for all or part of Sunday.

Queen Street East and neighbouring roadways will be impacted as early as 10 a.m. on Sunday from Fallingbrook Road to Neville Park Boulevard, police said.

The parade will end on Lake Shore Boulevard, at approximately 4 p.m., police said.

The parade will take place regardless of weather conditions.

Police said motorists can expect delays in the area and should consider alternate methods of transportation. The TTC, will be re-routing in the area during the parade and may experience delays.

For more information on the Toronto Beaches Lions Club Easter Parade, which is the biggest Easter parade in North America, please visit www.beacheseasterparade.ca