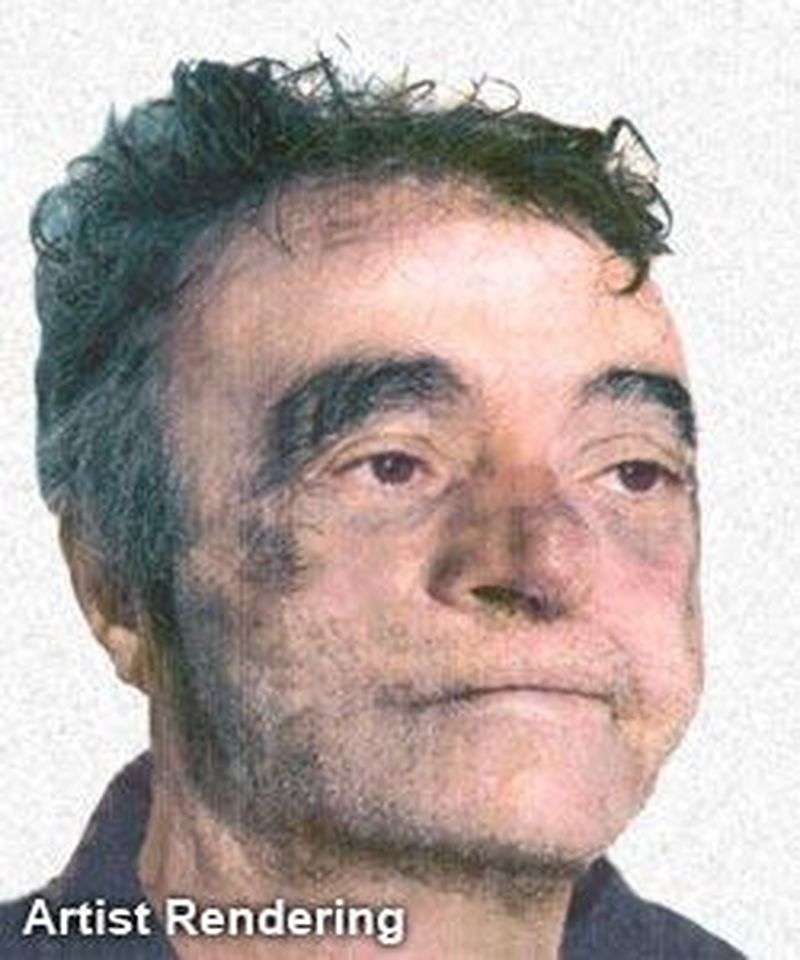 Toronto police's Missing Person Unit has released an artist's rendition of this man in the hopes of identifying him. The man's body was discovered in June of 2001 in the Prince Edward Viaduct and Bayview Avenue area.

The Toronto police Missing Person Unit (MPU) is asking for the public’s help in connection with a case from Saturday, June 16, 2001, in which human remains were recovered from the Bayview Avenue and Prince Edward Viaduct (Bloor Street viaduct) area.

Police are seeking help in identifying the man whose body was found in the area.

He is described as white, age 50-60, estimated to be between five-feet, two-inches and five-feet, five-inches tall, weighting 126 pounds, with brown eyes, grey and brown hair, and at the time one-day’s growth of facial hair. He wore upper and lower dentures and may have been a smoker, police said in a press release issued on Monday, April 8.

The man was wearing a black sweater, a yellow/green checkered shirt, a pair of green pants with a black belt and black shoes.

Recently the Ontario Pathologist’s office, with the assistance of the Ontario Provincial Police, undertook to create an artist’s rendition of this man in the hopes that it will help someone recognize him and bring some resolution to both his family and the investigation.

This case is also featured on Canada’s Missing website, which is the website for the National Centre for Missing Persons and Unidentified Remains.