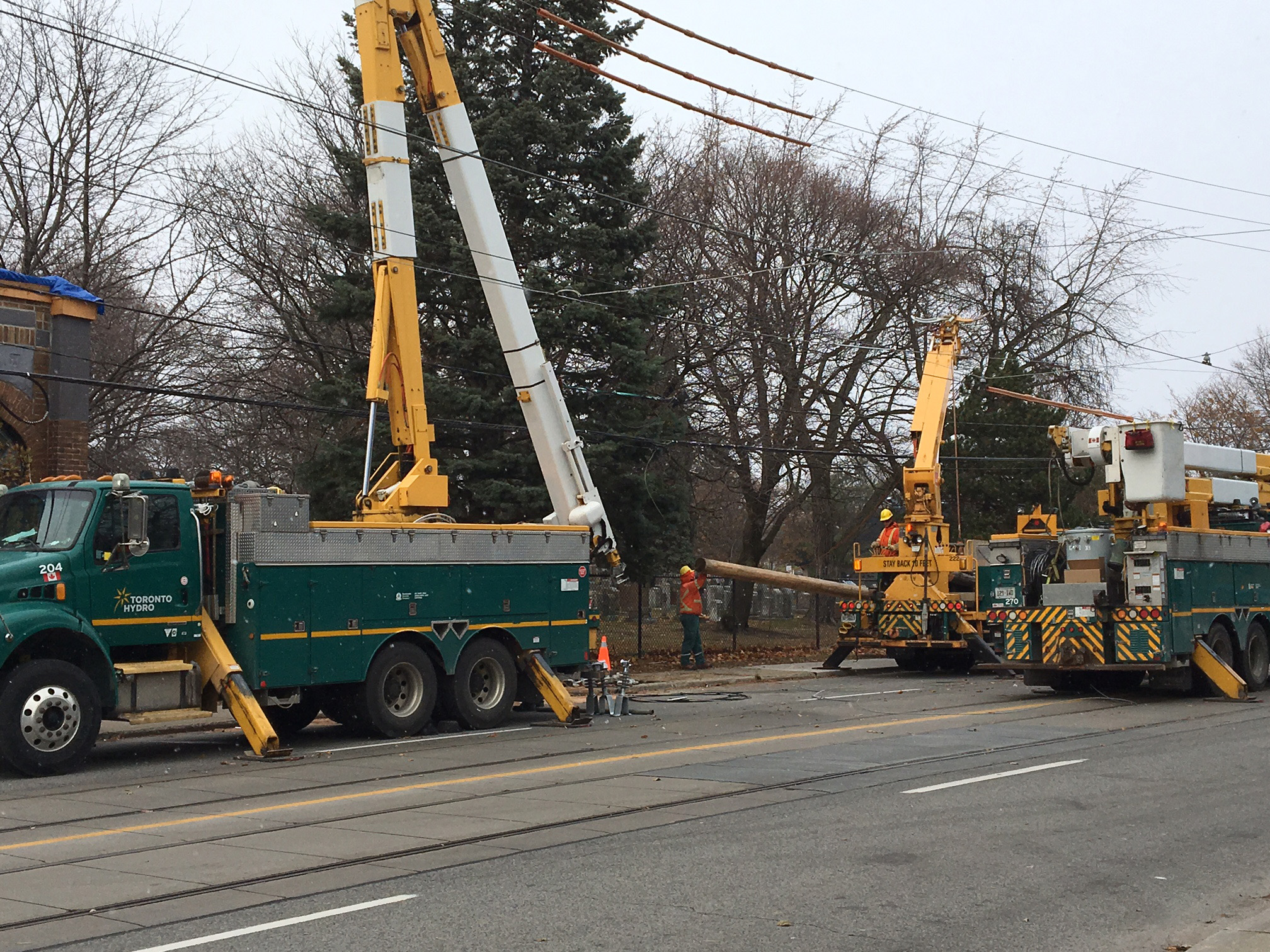 Toronto Hydro workers are shown on Kingston Road in this file photo from November 2018.

Toronto Hydro has restored power to all affected areas in the Beach after an outage this morning.

The outage which began at approximately 7:30 a.m. on Tuesday, March 26 initially covered a large area from Victoria Park to Coxwell avenues, and south of Danforth Avenue to Lake Ontario.

At first, Toronto Hydro had estimated it might take until as late as 3 p.m. today to fully restore power. However, that estimate kept moving up as the morning progressed and more and more neighbourhoods had their power restored.

Shortly after 10 a.m., the outage had been mostly contained to an area bordered by Kingston Road to the south, Gerrard Street East to the north, Coxwell Avenue to the west and Glenmount Park Road to the east. Power was restored to that area by about 10:30 a.m.

Toronto Hydro spokesperson Christina Basil apologized for the outage and the inconvenience it had caused for many people in the area as they were preparing to go to work or school. “We realize it’s never a good time, but especially in the morning when people are getting ready to head out.”

The cause of the outage was cited as defective equipment, but it was not identified exactly where that equipment was located.