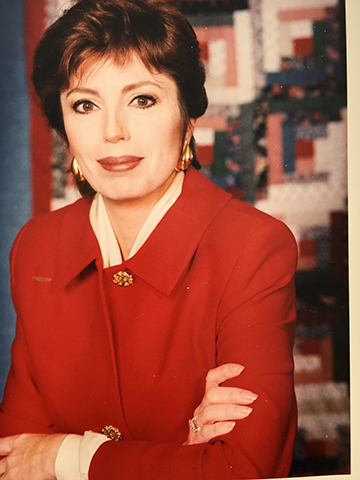 Karen Fraser has been named the winner of the East York Agnes Macphail Award for 2019. Photo: Submitted.

Leaside’s Karen Fraser has been recognized as the 2019 winner of the Agnes Macphail Award in East York.

The 26th annual awards ceremony will be held on Sunday, March 24 at the East York Civic Centre in the True Davidson Council Chambers, 850 Coxwell Ave.

Fraser has spent the majority of her life as a futurist, entrepreneur and social justice volunteer.

Her contributions to the community have ranged from helping with resolving community issues to helping those living in shelters.

Fraser also found herself in the media spotlight last year after her home became a focal point in the investigation into serial killer Bruce McArthur.

Fraser had lent McArthur the use of her garage to store his landscaping tools for about a decade. In exchange for him using the space, McArthur would tend to their front yard. After the police investigation began, Fraser and her husband Ron Smith had to leave their home for 22 days while police searched the entire property and found the remains of many of the men McArthur had murdered buried in planters.

She obviously had no idea of what McArthur’s intentions were.

Fraser said that she and her husband have tried to deal with the situation as best they can.

“People have recognized my glass half-full approach not only within my other work, but in the community as well,” Fraser said.

She has made many impactful contributions to others over the decades. She recalled the ice storm of  January 1998 in which Eastern Ontario and Quebec suffered huge damage.

After seeing the amount of people and homes affected by the ice storm, Fraser wanted to send over something more comforting for those in shelters than soup and bread. This sparked the idea of giving them gourmet food.

To do this, she contacted the restaurant at the Omni King Edward Hotel and requested the staff to make the meals. Fortunately, the chef and several other restaurants got on board with the idea, and Fraser then had Second Harvest Food Bank pick up the meals and get them transported to Quebec by plane.

“People in the shelter said they came back from depressing sights in their homes, but with big smiles on their faces when they stepped in the door and smelled these meals,” she said.

This, however, is only one of the many generous contributions Fraser has made to those in need. Her past projects have included supplying local women and men in need of clothing, sourcing funding for literacy camps and spending years helping to supply sleeping bags for the homeless.

Donations from the East York Foundation were given to Fraser along with her award. However, she decided to contribute these to the Toronto Wildlife Centre.

For as long as she could remember, Fraser adored taking care of animals.

Fraser admitted that she has a tendency to push for the impossible to become possible.

As a young child, she was told to “grow up and face the real world” whenever she would spark a bold idea.

The Agnes Macphail Award ceremony will begin at 2 p.m. and free parking will be available in the staff lot on Mortimer Avenue.

For further information on the ceremony, please contact Lorna Krawchuk at 416-425-4431 or at LTKrawchuk@8@aol.com.