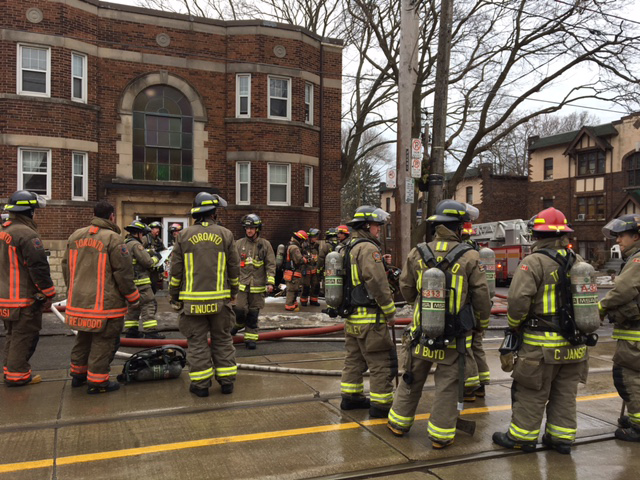 A woman and a man were injured in a fire at a three-storey apartment building on the southeast corner of Willow Avenue and Queen Street East in the Beach this afternoon.

As of 5 p.m. on Wednesday, March 13, they were both being treated by paramedics at the scene.

Toronto firefighters were called to the fire at the Royal Oak apartment building at 2401 Queen St. E. at approximately 4 p.m. today. The fire broke out in a basement apartment at the front of the building and seemed to be mostly contained to that area of the building.

The woman who was injured was a resident in the apartment and the man who was hurt suffered his injuries trying to help her.

The two-alarm fire saw numerous fire trucks and other emergency workers respond to the area.

Queen Street East between Silver Birch Avenue and Beech Avenue has been closed to traffic while fire crews clean up.