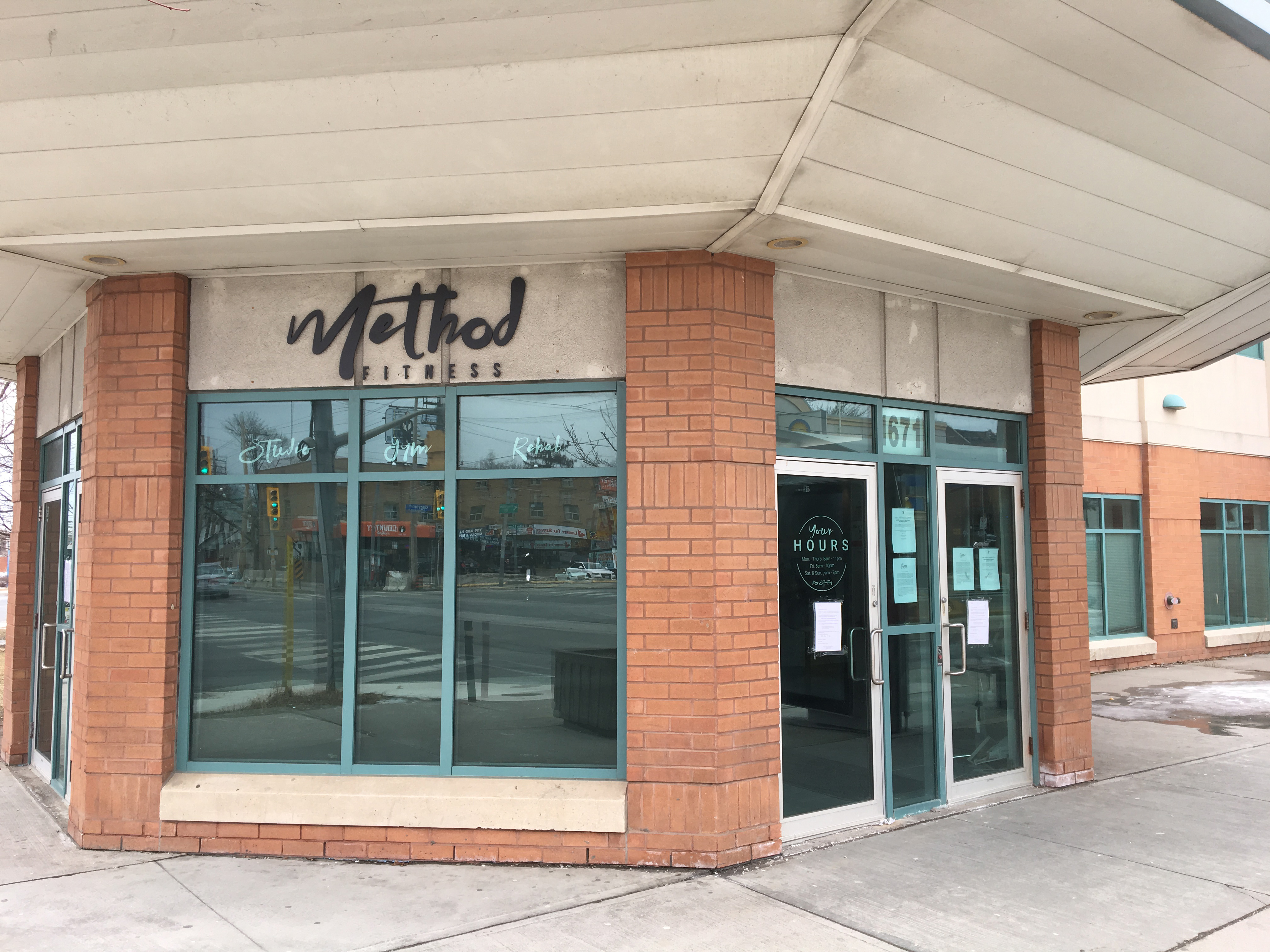 Method Fitness at Queen Street East and Eastern Avenue has declared bankruptcy and closed its doors.

A note taped inside the window of the gym’s doors at 1671 Queen St. E. says the company has declared bankruptcy and has engaged a Licenced Insolvency Trustee to manage the process.

“One of the most important factors to us has been how to close the business in the most ethical manner, ensuring that all creditors, employees and customers are treated fairly,” reads the note.

The gym began operating as Method Fitness in 2017. Prior to that, the location at Queen Street East and Eastern Avenue had operated for many years as System Fitness.

Baigel Corp. L.I.T has been named as the insolvency trustee for Method Fitness and they can be reached at 416-224-4350 or methodfitness@baigel.ca for more information.

Baigel issued a statement on Monday, March 11 saying it is exploring a sale of the gym to new owners “which may result in service continuing after a very short break, and the possibility of the memberships being honoured in some meaningful manner. The Trustee has prioritized this course of action because this will provide the best result for all parties.”

In its statement Baigel asked those who are owed money or have paid for memberships at Method to be patient.

“The Trustee is already addressing various matters including claims for membership and training prepayments and access to lockers, and will be contacting employees, instructors and members shortly,” the statement said.

“The Trustee understands that this is a difficult time for all involved, but given the number of members and the actions needed immediately, the Trustee respectfully requests a short period of patience from the stakeholders in order to deal with most time sensitive matters.”

In its note on the window, Method cited a number of reasons for the bankruptcy including cash flow gaps and lack of revenue growth.

“Over the past 18 months the Method Fitness Team has embarked on a rebrand of the club. This has included renovations; new equipment; upgraded equipment; new classes; services; team members; engagement opportunities with the local community; staff training and team restructuring to position the company for profitability.

“These changes have been met with overall positive feedback, however the club’s revenue growth needed to meet the ongoing cash flow obligations of the business has not been sufficient.”

Method had hoped that an increase in membership and revenues would take place in the first few months of 2019, but that did not happen.

“Despite every effort to cover the cash flow gaps we have not been able to sustain the monthly deficit. This was brought to a head this year when we saw a significant downturn in monthly revenue,” the notice in the window said.

“January and February are the most important months of the year for new growth and will impact profitability for the balance of the year; meaning further significant losses are forecast. As a result, the company is no longer a going concern and we have been forced to close the business permanently.

Baigel said more information on Method’s bankruptcy filing and information on a Meeting of Creditors can be found at https://smallbusinessinsolvency.ca/2019/03/08/2583350-ontario-inc-operating-as-method-fitness-in-bankruptcy/