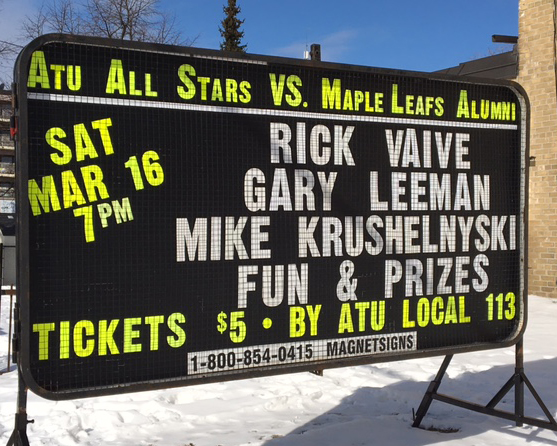 A number of Toronto Maple Leafs Alumni will take part in the game agains the ATU All Stars on March 16 at Ted Reeve Arena.

The Amalgamated Transit Union ATU All Stars and the Toronto Maple Leafs Alumni are back for their annual charity hockey game at Ted Reeve Arena on Saturday, March 16.

The game takes place from 7 to 9 p.m., and proceeds will be going towards Multiple Sclerosis through the Samuel Lunenfeld Research Institute at Mount Sinai Hospital.

The roster for the ATU-All Stars is still being finalized.

All tickets will be entered in a draw for a chance to win one of three different prizes.

More information on ATU Local 113 can be found at https://www.wemovetoronto.ca/