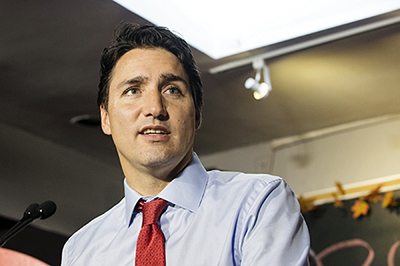 The rally will take place at the Danforth Music Hall (147 Danforth Ave.) beginning at 6 p.m. and Trudeau is expected to speak at about 7:15 p.m.

According to a Liberal Party press-release, Trudeau and the Liberal team are focused on a strong plan for Canadian families to grow the economy, strengthen the middle class, create well-paying new jobs, and protect a healthy environment for future generations.

Also in a Tweet shared by Catherine McKenna, Minister of Environment and Climate Change, Trudeau in a video says “We have polluted our planet for too long, and the consequences are more obvious and more severe than ever before. We have to cut pollution and we have to position our economy for the future.”

For more information on the Climate Action Rally at the Danforth Music Hall, please visit http://event.liberal.ca/en/event/82912/team-trudeau-climate-action-rally-in-toronto-danforth-with-justin-trudeau-rassemblement-de-lequipe-trudeau-sur-la-lutte-contre-les-changements-climatiques-avec-justin-trudeau-dans-toronto-danforth?utm_source=Liberal%20MP%20Nate%20Erskine-Smith%27s%20Email%20Newsletter%20List&utm_campaign=1ed3e38b2e-2017%20Year%20in%20Review_COPY_01&utm_medium=email&utm_term=0_8e6da92cf4-1ed3e38b2e-132663309&mc_cid=1ed3e38b2e&mc_eid=81dcf31b7e