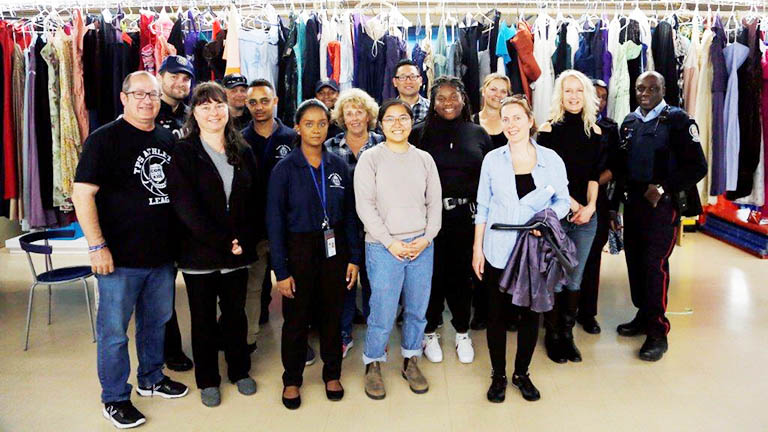 Police in 55 Division are working with the Boys and Girls Club at Eastview Neighbourhood Community Centre to collect prom clothing and accessories that can be used by local teens. Photo: Submitted

Police in 55 Division have launched their annual prom program and are once again asking residents to look through their closets for formal attire for high school students attending proms this year.

The initiative, a collaborative effort put together by 55-Division and the Boys and Girls Club at Eastview Neighbourhood Community Centre, allows students from the city’s east end a range of free prom and graduation clothes.

Const. Jonathan Morrice at 55 Division said the idea was conceived by Const. Stephanie McDonald during an investigation in which she was speaking to high school girls who mentioned they were unable to attend their prom because they did not have formal attire or the money to buy any.

Last year the event was expanded to include male attire including suits, ties and dress shirts, Morrice said.

The event gets bigger each year with hundreds of items donated, he added.

The items are put on display similar to a retail store so students can come in and browse as if shopping.

Please contact Pat MacDonald or Amanda Murphy at Eastview at 416-392-1750 ext. 309 with any questions about the program.