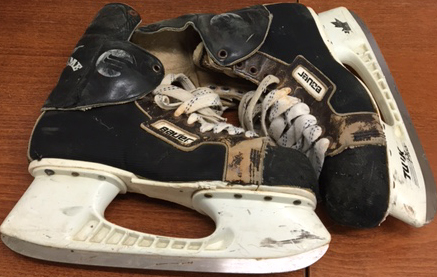 The Eastview Neighbourhood Community Centre Winterfest at Greenwood Park, to be hosed by Toronto-Danforth Councillor Paula Fletcher on March 3, is seeking skate donations in advance of the event.

The event will be held at Greenwood Park Skating Rink from 1 to 4 p.m. The Winterfest will feature skating, free face painting and hot chocolate. Fletcher has been known to host the event each year, but has now welcomed a new program.

The city’s recreation staff has introduced a new Skate Exchange Program where residents can drop off skates from Feb. 23 to March 3 at either the Greenwood Rink or at the Eastview Community Centre.

An advanced skills session will also be run by a Toronto Maple Leafs Alumni player from 2 to 3 p.m.

In a recent media release, Fletcher explained how happy she is to be hosting the event.

“I am excited to be hosting it again this year and it’s so great that the city’s recreation staff will be running a new Skate Exchange. This will help many kids find a new pair of skates so they can join in on the fun,” Fletcher said.

The executive director of Eastview, Kerry Bowser, also added that the Winterfest is something people look forward to every year.

“Winterfest is the perfect event to share our work with the wider community,” Bowser said. “Hundreds of east-end residents look forward to the fun of Winterfest and the addition of the Skate Exchange this year will be tremendous.”

Those wanting to participate in the Skate Exchange Program can donate their skates at the Greenwood Rink at 150 Greenwood Ave., or at the Eastview Neighbourhood Community Centre at 86 Blake S.

More information on the Winterfest or Eastview can be found at https://www.eastviewcentre.com