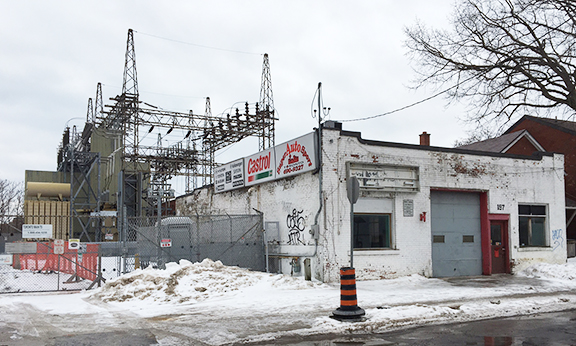 Properties at 157 and 155 Stephenson Ave. have been purchased as part of an expansion plan for Hydro One's Main Transmission Station.

Hydro One has released their plans to expand their transformer station located near Main Street and Danforth Avenue.

For the expansion, Hydro One has purchased two properties scheduled for removal. These include the buildings at 155 and 157 Stephenson Ave. , along with a large tree in the middle of one of the properties.

In a recent press release regarding the expansion, Hydro One stated, “This expansion is needed to facilitate the replacement of infrastructure that has reached its end-of-life and to accommodate station improvements.”

Alicia Sayers, a spokesperson at Hydro One, explained that the company acquired these two properties but will still need to be approved by the city.

“The purchase of these properties requires further approvals through the Ministry of Environment, Conservation and Parks,” Sayers said.

“Subject to the outcome of this process, construction could begin as early as Spring 2020 and be completed by Fall 2021,” Sayers added.

“This week, residents and businesses in the area will receive notification of the project and are encouraged to share their input with Hydro One.”