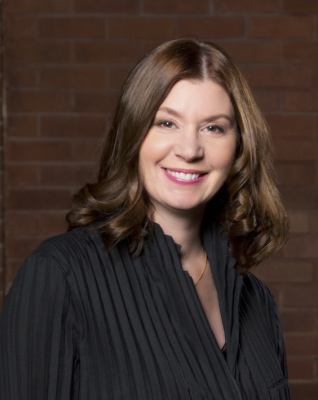 Crow’s Theatre has announced that Sherrie Johnson will be joining the team as their new executive director.

The performing arts theatre located on Carlaw Avenue officially welcomes Johnson into her new position on Feb. 11. She will be joining artistic director Chris Abraham at the theatre.

In a recent press release, Crow’s Theatre board chair John Duffy said, “Sherrie brings a new level of experience and stature that builds upon the solid foundation of the company.”

“She and Chris are a powerhouse team. Their transformative leadership will make an even bigger impact for Crow’s, delivering urgently contemporary theatre in Canada,” Duffy added.

“Aside from her incredibly varied career experience that has taken her across Canada, back to the United States, and overseas, Sherrie brings a dedication to supporting artists that knows no bounds,” Abraham said. “She sees artists deeply and she listens.”

Johnson was recently serving as executive director and director of international partnerships at Canadian Stage since 2013. Here, she helped to program, produce and present almost 18 productions per season.

Prior to working at Canadian Stage, she served as the founding artistic director for Outside the Box. She was also the senior curator at the PuSh International Performing Arts Festival, and she produced and programmed the Six Stages Festival in Toronto. In addition, Johnson has worked alongside artists from around the world including Robert Lepage, Stan Douglas, Jordan Tannahill and Crystal Pite.

Johnson explained in the release that, “Joining the Crow’s Theatre family feels like home to me.”

“Chris and I are well-matched partners,” she added. “With the committed Board and staff at Crow’s, we have the opportunity to make a lasting impression with our far-reaching imagination, ideas, exchange and grassroots belief in how the arts can have a societal impact.”