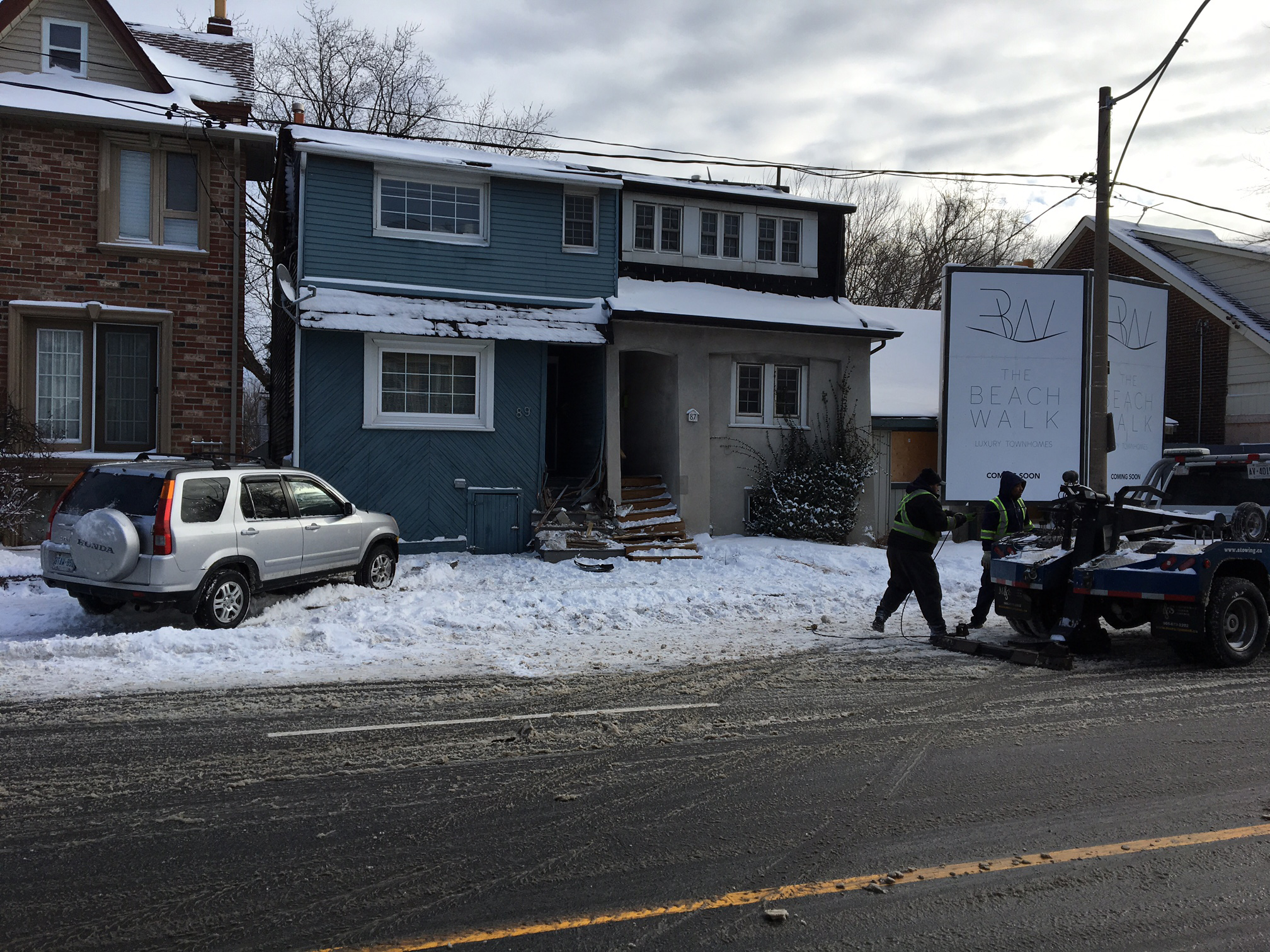 Woodbine Avenue resident Sheila Snowball is calling for improved safety measures along the road after a vehicle hit her house in January. Photo by Alan Shackleton

A local woman is stressing the need for safety precautions after a car recently crashed into her house on Woodbine Avenue and Lake Shore Boulevard East.

Sheila Snowball was inside her house on Saturday, Jan. 20 when the car crashed into the front of the house at approximately 6:45 a.m. The driver had reportedly lost control of the vehicle due to the wintery road conditions and hit the front steps. The driver was treated in hospital a short time later for minor injuries.

“It was like an earthquake the way it hit our house,” Snowball said.

The vehicle crashed into the gas meter, and emergency officials had to cap the gas leak. They were then forced to evacuate the house, but the rest of the damages were repaired that day.

Snowball explained she is grateful that no one was seriously hurt, but that the focus needs to be on safe driving.

Snowball added that drivers tend to speed up when coming around the bend on Woodbine, making it dangerous for both those driving and residents walking in the area.

Snowball has contacted Beaches-East York Councillor Brad Bradford about her concerns, and she has suggested installing caution lights, speed bumps or even a lowered speed limit for the area.

Bradford explained that the dangers of this street have been a concern of his for quite some time.

“Before this incident took place, I had already started an extensive review with city staff to find ways to improve this street for all road users, and will be coming to residents with options over the next few months,” Bradford said.

“Accidents like the one we saw at Woodbine and Lake Shore are a reminder that we can do more to keep our roads safe. My office has been informed that an investigation has started to look into the incident and city staff will be providing us with options to calm traffic and minimize the chance of accidents like this occurring again. I will also be conducting a site visit in person with transportation staff to better understand what can be done to calm traffic in this area.”

Snowball added that she will be contacting different city officials and representatives to make sure that something is done.

She said she is very concerned about the potential dangers if the issue isn’t fixed.

“Everybody in the community walks by my house in the summertime and admires my flowers,” she said. “I don’t want my flowers to be a memorial for someone’s death one day.”