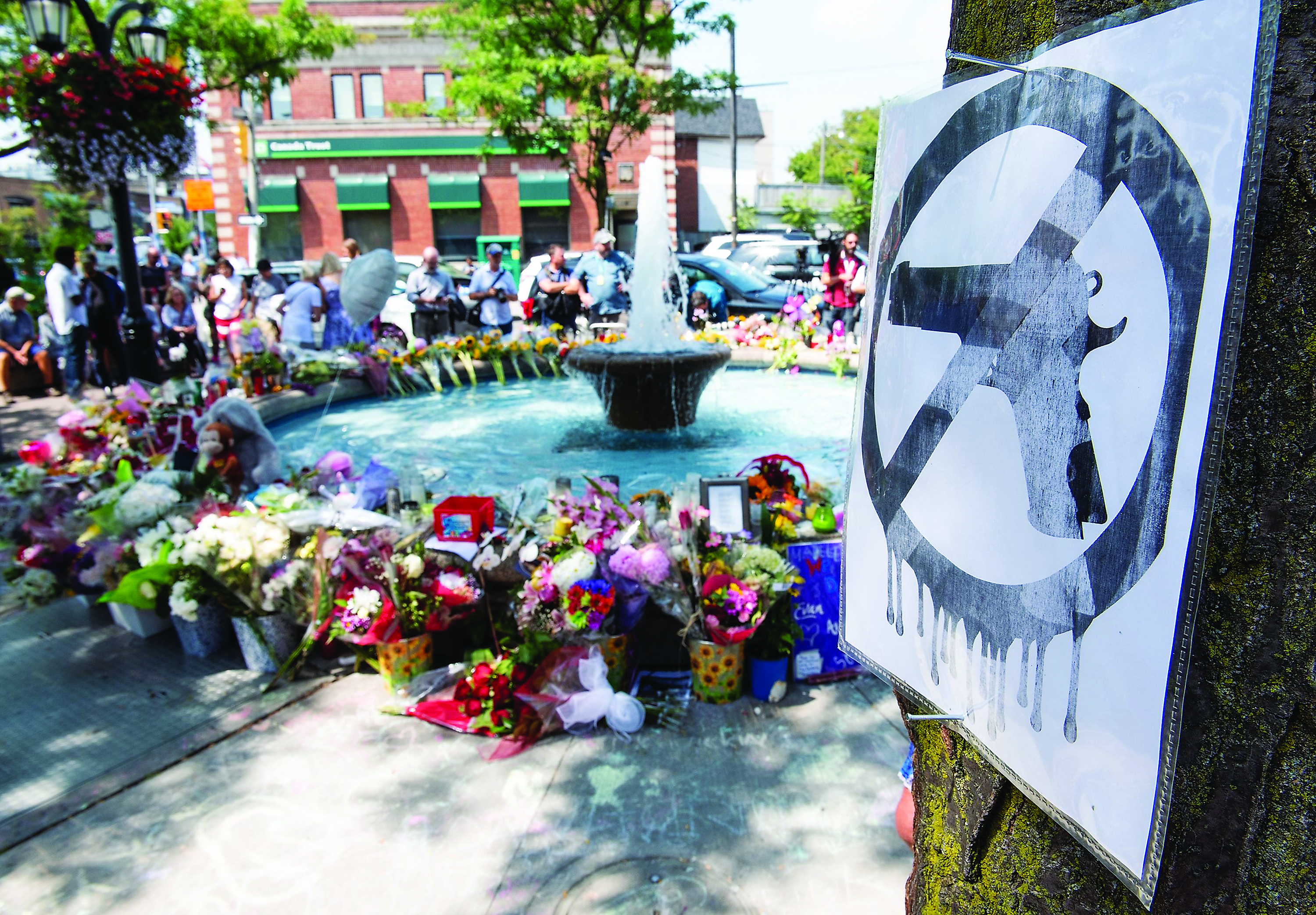 A memorial to honour the victims of the Danforth shooting at Sir Alexander the Great Parkette in Greektown. Beach Metro News file photo by Victor Biro.

Toronto police officers will not face any charges in connection with the death of Faisal Hussain, the gunman involved in the deadly Danforth shooting last July, a report by Ontario’s Special Investigations Unit has determined.

“I am satisfied that Mr. Hussain took his own life and that no TPS (Toronto Police Service) officer involved in the incident committed a criminal offence,” wrote Tony Loparco, Special Investigations Unit’s Director, in his report released Wednesday, Jan. 16.

Hussain died as a result of a self-inflicted gunshot wound after he chose death over surrender, the report indicated. The actions of both police officers directly involved with Hussain prior to his death was appropriate given the circumstances, Loparco’s report stated.

“In this case there is no evidence that the responding officers’ actions were anything but commendable in the face of truly perilous circumstances,” the report said.

The shooting along Danforth Avenue’s Greektown on the night of July 22, 2018, took the lives of local resident Reese Fallon, 18, who had only recently graduated from Malvern Collegiate Institute, and Julianna Kozis, 10, of Markham. The shooting also left 13 people injured.

The SIU was mandated to investigate Hussain’s death since he died during an interaction with police.

The SIU investigation was lengthy and complex, and consisted of numerous interviews; 15 civilian witnesses, seven police officers, a review of a surveillance video and in-car camera system video footage as well as Hussain’s autopsy and a firearms report.

“From the totality of this evidence, I accept that Mr. Hussain initially shot towards the people at 7Numbers restaurant before turning and shooting at [officers], who almost immediately returned fire,” Loparco said in the report.

Only two officers interacted with Hussain prior to his death. Both officers were near the Danforth area when they responded to calls of a shooting.
The report stated the officers were heading north on Bowden Street when they saw Hussain shooting towards 7Numbers restaurant. At this point, the officers drew their weapons and pointed towards Hussain’s direction holding fire, the report said.

Hussain shot at the officers first, who responded similarly fearing for their lives, the report said. Hussain then ran away from both officers with no significant injuries to his body, only to shoot himself in the head in front of the Danforth Church.

“Mr. Hussain’s death was caused by a single bullet which traversed his brain and it is clear that neither officer is responsible for this wound. The post-mortem report stated that the wound would have immediately incapacitated Mr. Hussain,” Loparca wrote in the report.

The report did not go into depth about where or how Hussain obtained his gun or his mental state before the incident.