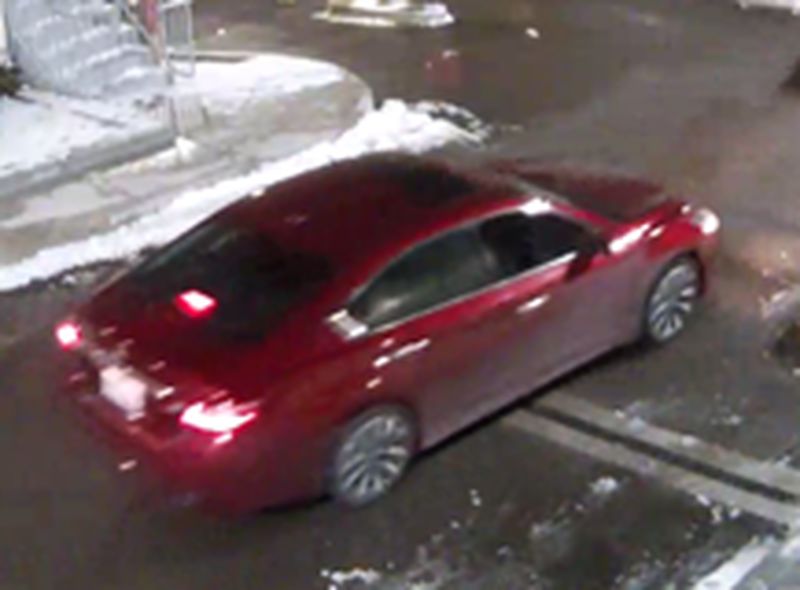 Police are looking for information on this red Nissan Altima sedan in connection with a shooting on Walpole Avenue early on the morning of Friday, Jan. 4.

Toronto police have released a security camera image of a car believed to have been involved in a shooting in the Greenwood Avenue and Gerrard Street area on Friday morning that left a man with life-threatening injuries.

Toronto police were called to Walpole Avenue, between Redwood and Glenside avenues, at approximately 2:30 a.m. on Friday, Jan. 4, for reports of multiple gunshots having been fired.

According to police, two vehicles with a number of occupants inside each of them were parked in the area when a man approached on foot and began shooting at them.

Occupants in both vehicles began shooting back, according to police. The man fled on foot and was followed by the vehicles from which the occupants continued to fire at him, police said.

One of the vehicle’s occupants received a gunshot wound and made his own way to hospital, police said.

The man on foot did not appear to have been injured, police said.

When police arrived on Walpole in response to calls of shots being fired, they found a number of vehicles parked in front of homes on the street that had been hit by bullets.

Police were on the scene Friday morning investigating, and Walpole was closed between Redwood and Glenside with numerous yellow markers along the street identifying evidence from the shooting. There were at least 25 such markers along the road.

On Saturday, Jan. 5, morning police released a security camera image of a four-door, red Nissan Altima believed to have been involved in the shooting.