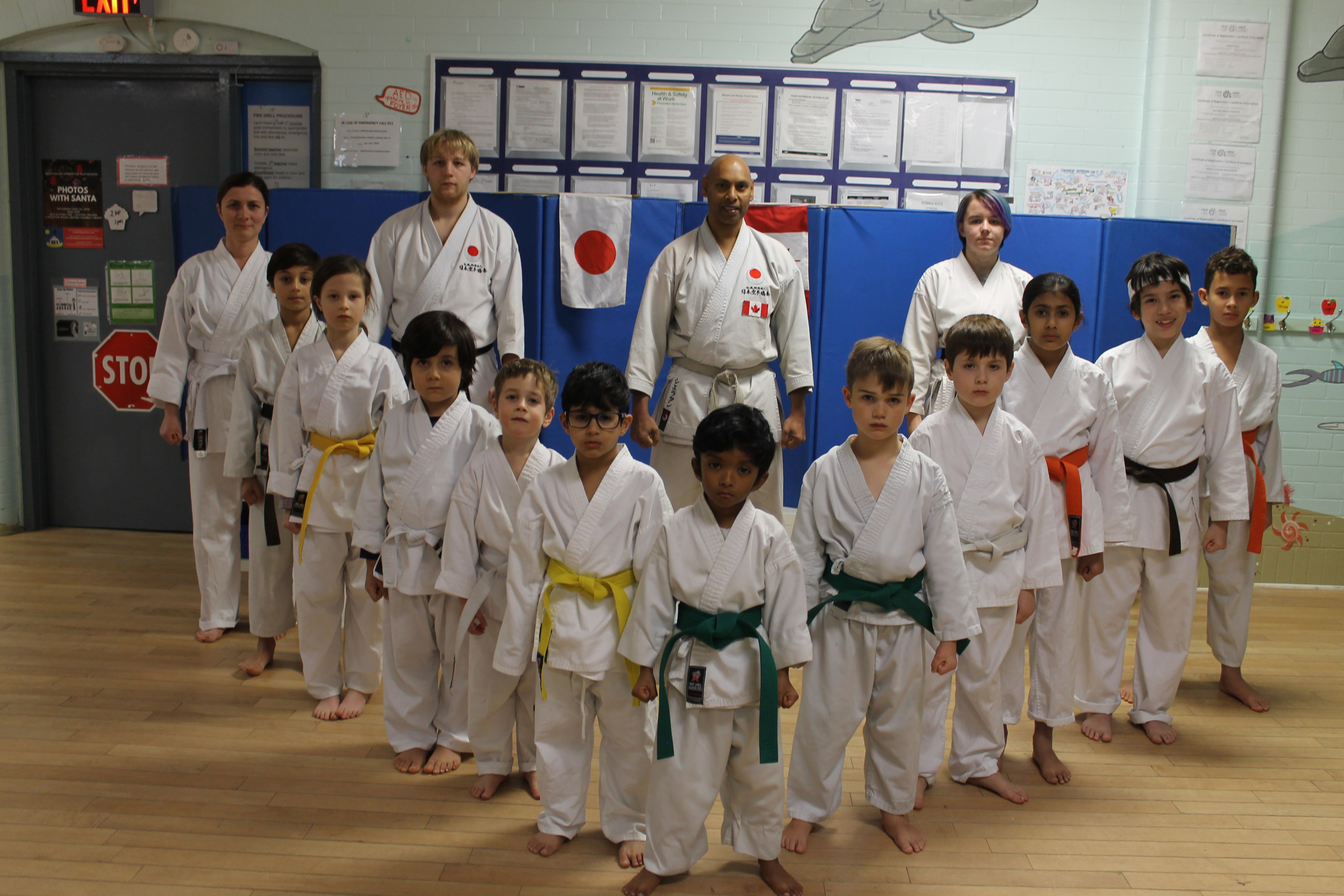 While many of us think of karate as a sport that focuses on punching, kicking and one-on-one combat, it is, as Sensei Wilfred Seerattan is eager to point out, so much more than that.

As the owner of Toronto JKA Karate, located on Danforth Avenue at Warden Avenue, Sensei Seerattan teaches his students all aspects of karate such as the basics of form, focus, and fighting but, more than that, he instructs them on understanding how to fight in a way that is always respectful to the opponent, a key component of this ancient martial art.

Unlike many of the students who attend his classes, Sensei Seerattan didn’t begin studying karate until the age of 17, back in his homeland of Trinidad.  Although he wasn’t encouraged by his parents, he knew that this was something he needed to do after having made a conscious decision a few years earlier to live his life in a way that would be an example to others.

The path of studying karate made perfect sense to him both on a physical and cerebral level and it is a decision he has never looked back on. Between working and going to school, Seerattan trained relentlessly, achieving his first degree black belt at age 21.

During this time he had moved to Toronto where his aunt was living and continued his studies at the Toronto Shotokan Karate Dojo, a school that he had felt drawn to when searching the many listings in the Yellow Pages.

This small, unassuming school that shared many of Seerattan’s own philosophies turned out to be a wise choice and Seerattan eventually became head instructor before branching out to open a school of his own.

The move from student to teacher was a natural progression for Seerattan, a man who takes great pleasure in sharing his knowledge with others.  The Shotokan style of karate Seerattan teaches has been described as karate in its purest form, developed from the teachings of Gichin Funakoshi (1868-1957) the first Supreme Master of the JKA (Japan Karate Association) which provides the basis of Seerattan’s classes.

Working with students ranging in age from four to more than 60, Seerattan takes a different approach to many other karate schools.

“My main goal is to teach my students how to become good people in all aspects of life,” Seerattan explained.

“While the physical aspects of karate are obvious, I try to teach the importance of being open to learning, gaining inner peace as well as outer strength and realising that everything in life is a choice.”

For the younger students in his classes in particular, having fun is a big part of what keeps them coming back week after week and Seerattan is more than willing to show them that hard work and enjoyment can go hand in hand.

“I believe the environment in the dojo should always be positive and I treat all my students equally, telling them stories, encouraging them to do their best and providing the incentive to learn. It’s a two-way street and I gain just as much from them as they do from me.”

The respect the students have for Sensei Serrattan is reflected in the fact that many of them have been studying under him for years and continue to support and grow with the school. Seerattan also said that sometimes parents of young students will see the positive effect karate has and sign up for his adult classes.

As a man who has overcome some serious health conditions in his youth and continues to deal with tendonitis, Seerattan is a picture of good health, looking far younger than his 52 years.

While this is in part due to his clean lifestyle choices and physical training, it is clear that meditation and a positive attitude also play a role in his ageless appearance and peaceful demeanor.

Now, as a fifth degree black belt, Seerattan continues to compete at tournaments around the world and takes every opportunity to train with some of the biggest names in the JKA.

“My dream is to continue in karate for as long as I can,” he said.

“I believe that the black belt is the beginning of learning and that it is a lifelong process. While there are ten degrees of black belt, the tenth degree is perfection, something that no-one can truly achieve in their lifetime.”

For more information on Toronto JKA Karate, please visit the website at www.tsk2.com/index.htm