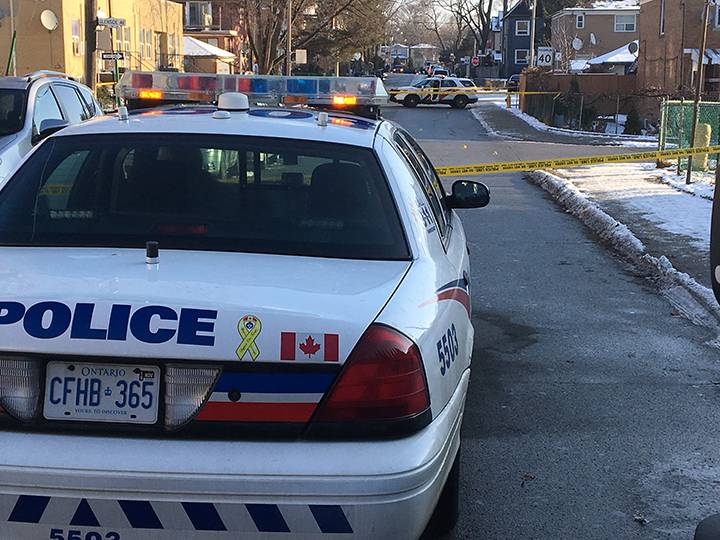 Toronto police are investigating after multiple shots were fired on Walpole Avenue at approximately 2:30 a.m. on Friday, Jan. 4. A man suffered serious injuries in the incident.

A man was seriously injured after a shooting on Walpole Avenue in the Gerrard Street and Greenwood Avenue area early this morning.

Toronto police were called to Walpole Avenue, between Redwood and Glenside avenues, at approximately 2:30 a.m. on Friday, Jan. 4, for reports of multiple gunshots having been fired.

The shooting victim is believed to have either taken himself to hospital, or been taken by someone else. Initial reports indicated the male victim was shot in the head, and his injuries were considered serious but not life threatening. However, late on Friday afternoon it was revealed that the victim’s injuries are now considered to be life threatening. When police arrived they found two vehicles that had been hit by bullets including a Volkswagen with a number of bullet holes in it, including smashed windows.

Police were on the scene Friday morning investigating, and Walpole was closed between Redwood and Glenside with numerous yellow markers along the street identifying shell casings. There were at least 25 such markers along the road.

Police are continuing the investigation and at this time is there is no further information on suspects or the circumstances surrounding the shooting.