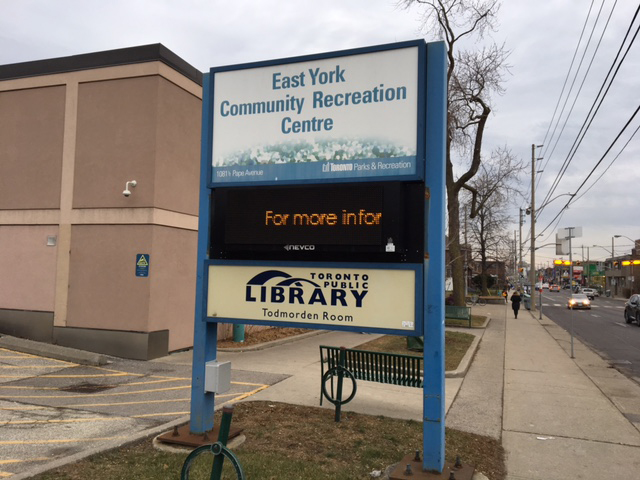 The annual East York Seniors Christmas Dinner will take place at noon on Christmas Day as it has done since the 1980s.

“It’s a long-standing tradition in the community and I’m looking forward to hosting for my first time along with (Beaches-East York) Councillor Brad Bradford,” said Toronto-Danforth Councillor Paula Fletcher.

For the past four years the dinner was hosted by Ward 31 Beaches-East York Councillor Janet Davis and Ward 29 Toronto-Danforth Councillor Mary Fragedakis.

However, due to the downsizing of Toronto Council by the provincial government, Fletcher who won the Oct. 22 election for the Toronto-Danforth seat, has seen her responsibilities for the ward expanded to north of the Danforth and into East York.

The dinner is for seniors and tickets, which are free, are required to attend. It starts at noon on Tuesday, Dec. 25, and takes place at the East York Community Centre which is located at 1081 ½ Pape Ave.

Though she’s new to being a councillor for a part of the East York community, Fletcher said she is aware of the importance of the dinner to local seniors.

“A lot of seniors attend, and a lot of them don’t have families or anywhere to go at Christmas and it really brings joy to them on a very important day. They get to meet with others and enjoy the meal and feel they are part of something bigger.”

Fletcher said tickets to the dinner are available by contacting her office at 416-392-4060 or sending an email to eyxmasdinner@gmail.com

She said the event’s success is because of the hard work done by the East York Foundation who have kept it going strong since it originally started back in the days of former East York Mayor David Johnson.

“The old East York spirit comes through with this,” she said. “It’s a very proud community.”